When tiny kitten Hulk was in extreme pain with a suspected broken leg, PDSA was there for him. Watch his story below: 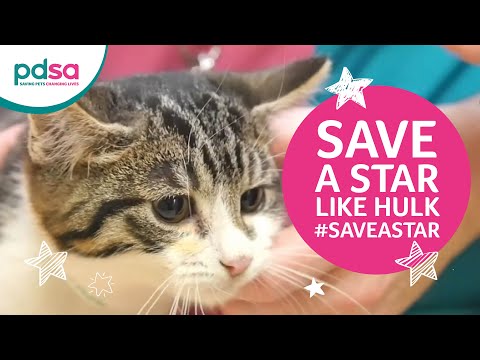 Tiny kitten Hulk was rushed to PDSA by his worried owner after he'd had an accident and it was feared he'd broken his back leg. He was in so much pain, but thankfully the vet team were able to get to work and help him straight away.

The vet gave him medicine to ease his pain and quickly set to finding out what was going on.

He was given an anaesthetic so that they could X-ray his little bones to pinpoint the problem. Sadly, the tests revealed he had a hairline fracture in his leg and a dislocated hip, which had left him in agony.

Our vet was able to help get Hulk back on his paws by skilfully putting his dislocated hip back into place. Hulk was moved back to the recovery area, where our devoted staff monitored his condition to ensure he came round OK. He was given further pain relief and anti-inflammatory medicine, and was then allowed to go back home. Strict cage rest was needed for two weeks, to allow everything to heal.

Thanks to kind donations, pets like Hulk will be back at home this Christmas with their families where they belong.

Our vet team were there to stop the tiny kitten's pain

We were there for much-loved pets like Hulk when he needed us the most and there are so many more pets who need our help across the UK. We rely on the generosity of supporters like you to help us continue treating the most vulnerable pets in society. Can you help save a star this Christmas?

There is still time to help pets like Hulk this Christmas. 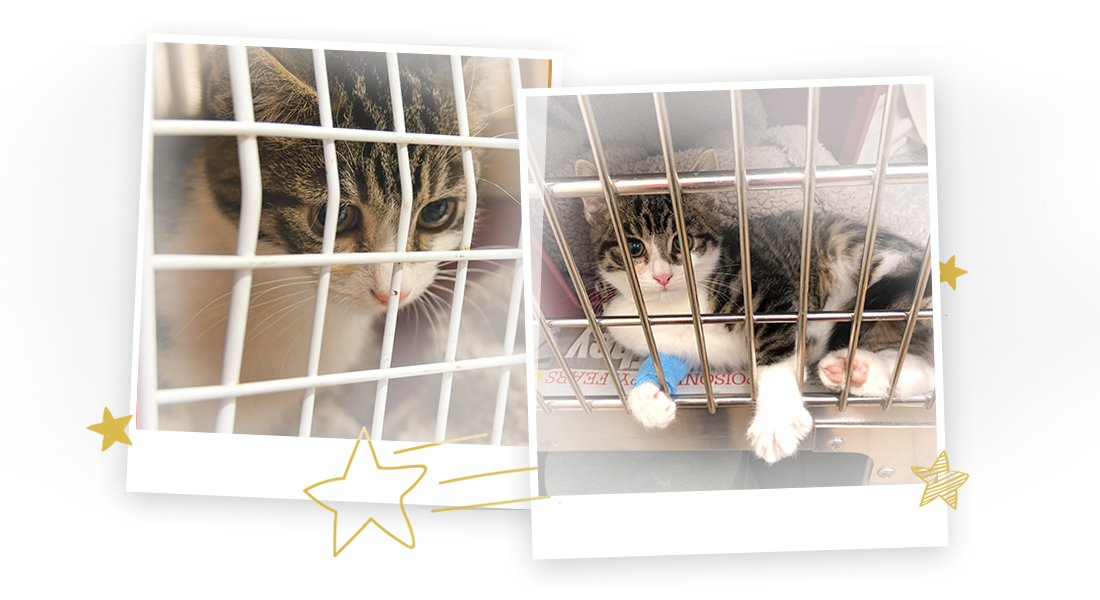