Fact: The only time she runs is if she sees a squirrel

Sadie has been named biggest loser in Pet Fit Club after shedding 25% of her bodyweight!

George said: "PDSA has given us the help we desperately needed to kick start the change, there's no way I could have done this myself.

"She's a totally different dog now and is so much happier. Before I would have to pull on her lead to get her on a walk but now she waits for me by the door, and she's got so much more energy. She loves playing with a ball and toys too, which she wasn't interested in before.

"We go on two walks a day with a group of dog walkers, at the beginning of her diet she would waddle at the back of the group but now she bounds ahead and that's great to see."

But the competition has not been without its struggles. "There's been times where I have been tempted to give Sadie treats," says George "but I didn't and I'm really glad about that now because our determination has paid off!"

George is delighted that Sadie has won the competition, but said it was never about winning for him He is simply thrilled that his much-loved pooch is now healthier and happier.

Sadie's weight-loss has been supervised b PDSA Vet Nurse Kerry Griffith from the PDSA Pet Hospital in Basildon.

"When I first adopted Sadie she was even bigger than she is now. She's lost some weight since then but we've still got a long way to go. We've tried different diets and hydrotherapy to increase her exercise but she always puts the weight back on and nothing has lasted."

Yo-yo dieter Sadie goes on twice-daily walks but her weight makes it more of a 'waddle' than a walk, says George.

"Squirrels are the only thing she will run for! She is a beautiful dog and loves everyone she meets. I want to have her around for a long time but with her weight this high I'm afraid she won't be. I worry about her long-term health, so we need to get her fit and healthy and I'm hoping we can with Pet Fit Club." 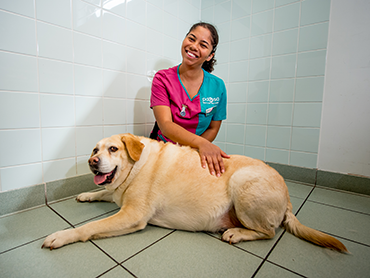 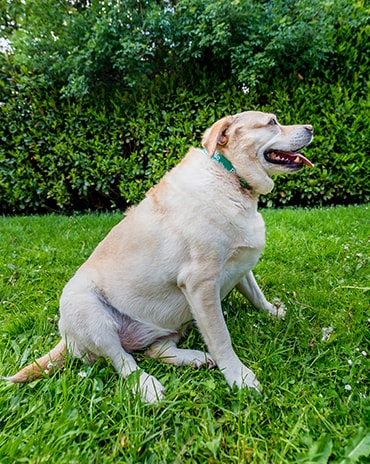 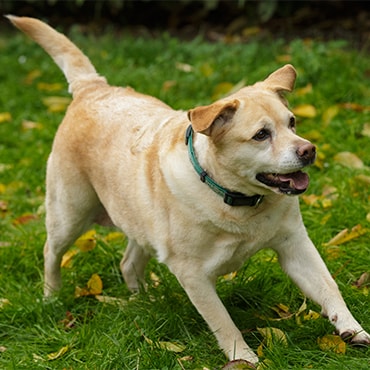 Pet fit Club, the UK's biggest and most successful pet slimming competition, is back for 2018!

Is your pet pal piling on the pounds? Check out our pet health articles for advice on diet and exercise for your pets.

Looking after your pet