In this episode, Cocker Spaniel Bella has a nasty cough and needs tests to find out what could be causing it. Cat Charlie is lucky to be alive after being hit by a car, but needs emergency surgery and plenty of TLC from his owner to fix his broken jaw.

Find out how they get on – tune into The People's Vet on Channel 4, midday on Tuesday 17 December, or watch it on catch up here.

Cocker Spaniel Bella was diagnosed with a thyroid problem, but has recently developed a nasty cough. Vets hope to get to the bottom of it by admitting Bella so they can investigate further. 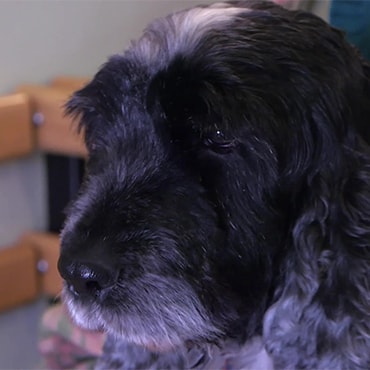 Bella was adopted by Bernice a number of years ago and quickly became an important part of her life. She’s very worried that Bella’s cough could be something serious, so Vet Hayley admits Bella for tests

Find out what’s causing Bella’s cough: watch Tuesday’s episode of The People’s Vet on Channel 4 or catch up on All 4.

Poor cat Charlie was hit by a car leaving him with devastating facial injuries. He lost an eye and is lucky to be alive. 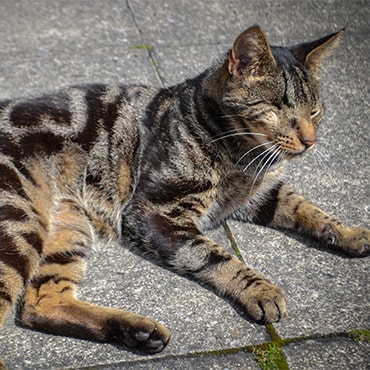 Owner Lin thought Charlie was dead when she saw him get hit by a car outside the retirement home where they live. But then Charlie got up and ran towards her, even though he was in a terrible state, with his face covered in blood.

She took him straight in Huyton PDSA, where vets were amazed Charlie was still alive. He needed emergency surgery to fix his broken jaw and remove his damaged eye. It was a sleepless night for many of the residents who weren’t sure he’d pull through.

However, Charlie was a survivor and two weeks later he’d shown a huge improvement. But he was struggling to eat, so Lin brings him back to PDSA for Vet Holly to check him over.

Find out if Lin can get Charlie to eat: watch Tuesday’s episode of The People’s Vet on Channel 4 or catch up on All 4.

Cockatiel Jake is a slightly more unusual pet patient – his beak has become overgrown and needs a trim. 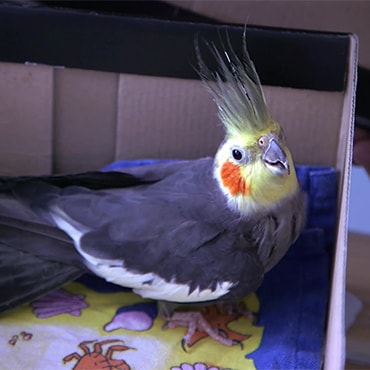 Jake is brought in to see Vet Donald, who has the difficult task of catching the rather unwilling bird in order to give his beak a trim.

Find out how Vet Donald got on treating Jake: watch Tuesday’s episode of The People’s Vet on Channel 4 or catch up on All 4.

German Shepherd Gerry Lee has got a nasty lump on his rear end. It's become very large and uncomfortable, so it needs to be removed. 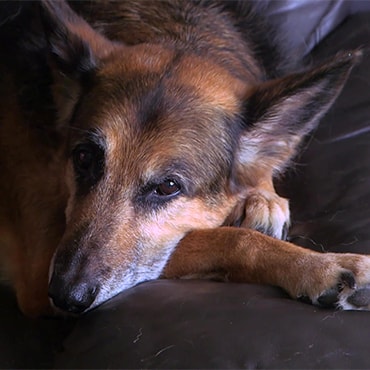 Gerry Lee has had a nasty lump growing on his bottom for a while now. He’s gone off his food and doesn’t play with this other doggy brothers any more. The lump isn’t cancerous, but has become increasingly painful and problematic for him. So Gerry Lee is admitted to Kirkdale PDSA for surgery to remove it.

Find out how Gerry gets on with his surgery: watch Tuesday’s episode of The People’s Vet on Channel 4 or catch up on All 4.

Shih Tzu puppy Gypsy is in for her second vaccinations and her microchip. 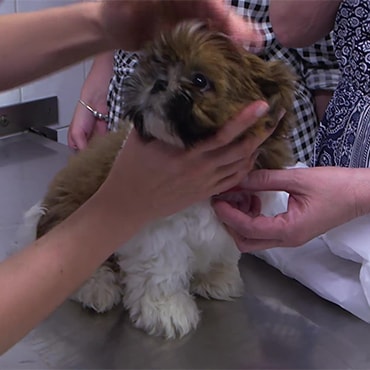 Little pup Gypsy is adored by her new family. They can’t wait to get out and about with her, and start introducing her to other dogs. So they’ve brought her into PDSA to get her second vaccinations, and also get her microchipped.

See how Gypsy gets on: watch Tuesday’s episode of The People’s Vet on Channel 4 or catch up on All 4.

Found a lump on your dog?