The most common places to get our dogs, cats, and rabbits from have remained largely the same as they were pre-pandemic. The top answer for dog owners was a UK breeder of one specific breed (31%), for cat owners, a UK rescue centre or rehoming centre for UK pets (37%) and for rabbit owners, a pet shop or garden centre (34%).

New owners* were significantly less likely to have got their pet from a UK rescue or rehoming centre for UK pets (21% compared to 29% for experienced owners). This may be due to the relatively lower numbers of young pets available in rescue centres and inexperienced owners wishing to have pets from a young age to allow full knowledge of pets’ early experiences.

Unfortunately, significantly more dog owners who acquired their pet after March 2020 (8%) said they got them from a breeder of multiple breeds based in the UK, compared to those who had acquired before March 2020 (3%). Having multiple breeds or litters for sale can in some cases be a sign of a puppy farm, and could potentially reflect unscrupulous breeding in the face of increased demand and prices. 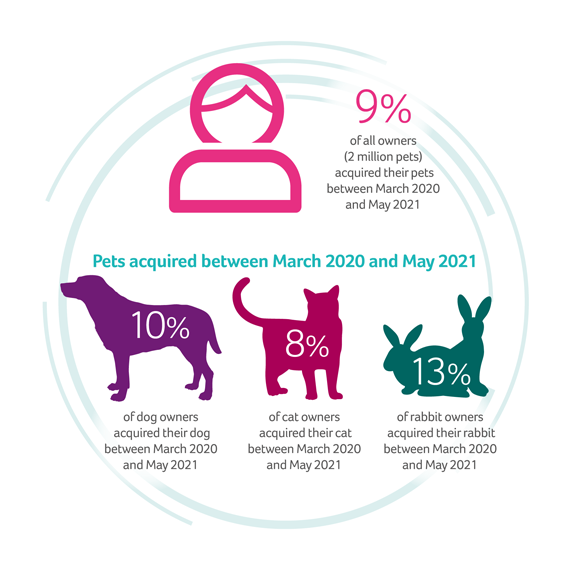 How owners acquired their pets 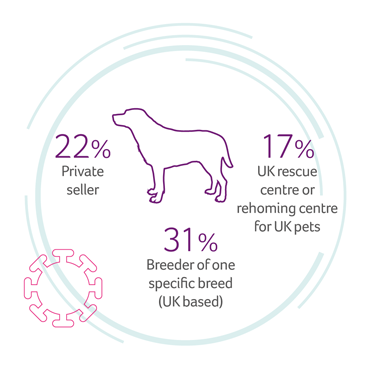 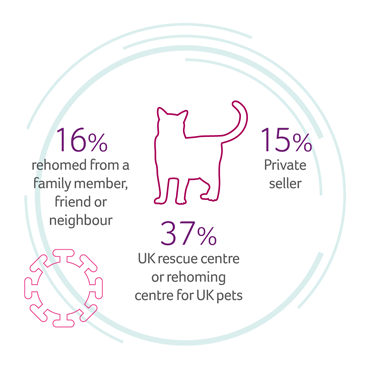 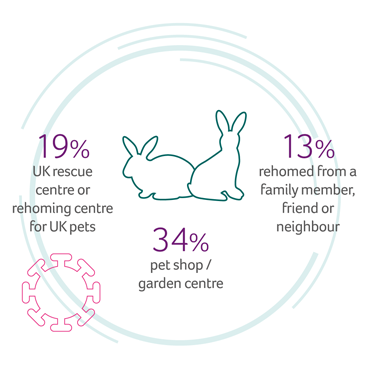 Owners getting pets from abroad

The increase in owners telling us that they got their dog from abroad could have been in response to reported shortages of puppies bred in the UK 1. However, when we asked pet owners why they had chosen to get their pet from abroad, the most common reason given was that they had no preference where their pet came from, they just happened to come from abroad (38% of all owners, 43% of dog owners). 2% of all dog owners whose pet came from abroad told us it was because they wanted a dog with cropped ears, which equates to 9,700 dogs imported because the owners wanted them to have a cosmetic mutilation that is illegal in this country. 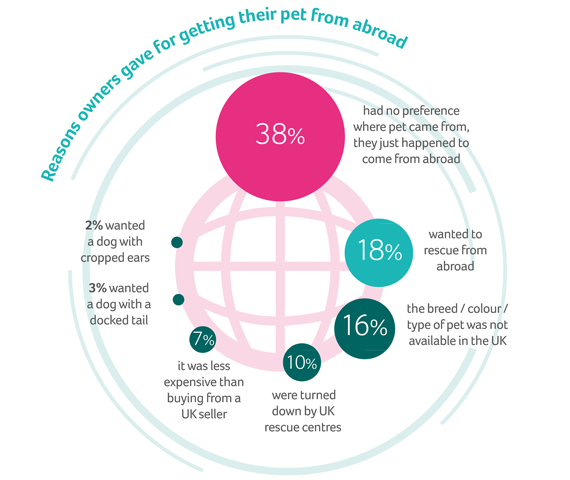 Reasons for only having one rabbit

In 2021, we found that 48% of rabbits live alone, this has increased from 42% in 2020. This is a worrying reversal of the general trend over the last 10 years, where we have been seeing the proportion of solitary rabbits decreasing steadily, and will need to be closely monitored. Rabbits living alone were not more likely to have been obtained after the start of the pandemic, or to be owned by a new owner.

The most common reason owners gave us for their rabbit to be living alone was that they had more than one previously and others have passed away, who they don’t want to replace (34%). While this is understandable for owners who feel they are coming to the end of their rabbit owning time, it remains a welfare issue for the remaining solitary rabbit, and is an area that needs to be addressed.

However, 27% said they didn’t want to own more than one rabbit, 13% said they’d never thought about getting another rabbit and 9% said they hadn’t got around to getting a second rabbit. These reasons could reflect a lack of awareness of the vital importance of companionship for rabbits. Pre-purchase education, particularly at the place of sale, is essential to ensure potential owners are aware of the companionship needs of rabbits. 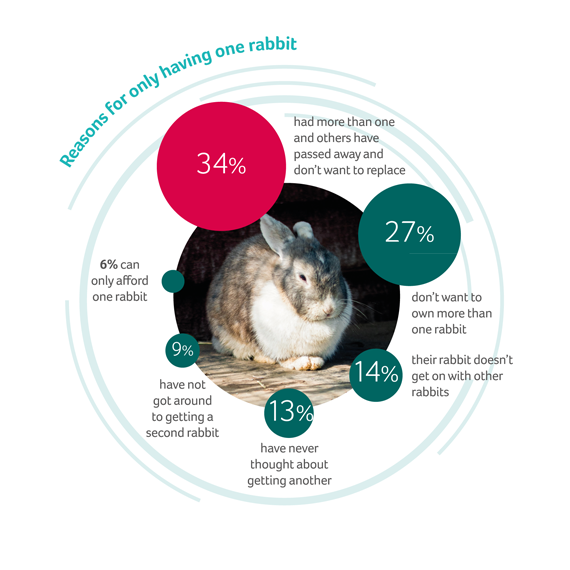 Happiness and stress in owners

Pets remain an important part of our lives; 95% of pet owners agree that owning a pet makes them happy. This is statistically significantly higher for dog (96%) and cat (94%) owners than rabbit owners (90%). 87% of pet owners say owning a pet makes them mentally healthier. This is significantly higher for dog owners (90%) than cat owners (85%) and both are higher than rabbit owners (81%).

It is possible that “pandemic purchases” were not fully thought out and prepared for, leading to unrealistic expectations and stress, particularly for inexperienced owners, which we know there are more of since the start of the pandemic. Dogs from abroad, especially those who have been rehomed from a previous life as strays or “street dogs” may experience behavioural problems and reduced quality of life as they struggle to adjust to a new environment and family life, which could be one explanation for their owners to report that owning a pet makes them stressed. 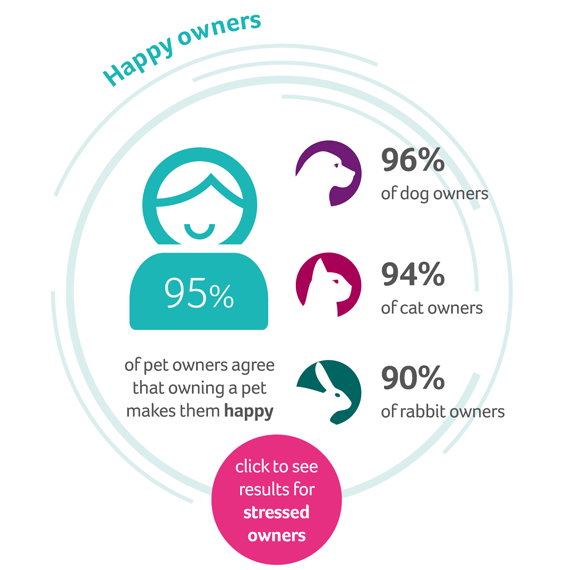 Hear from the President of the British Veterinary Nursing Association, Jo Oakden, RVN 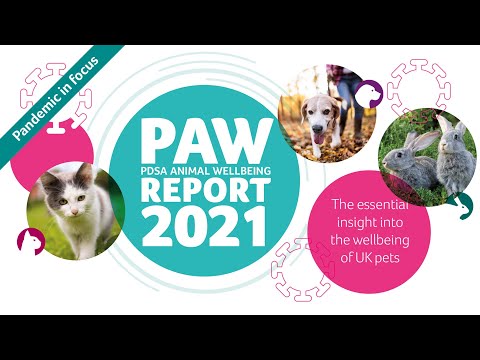