PDSA statement on the sentence increase for animal abuse

On 26 June a new legislation was announced which will see prison sentences increase for animal abusers. The new bill will see that offenders could face up to five years in prison, a significant increase from the current maximum sentence of six months.

PDSA fully welcomes the proposed increase to the maximum sentences for those committing cruelty to animals in England and Wales, and hope it will act as a serious deterrent to protect them from harm.

PDSA Policy & Campaigns Manager Vicki Betton, said, "This legislation, along with progress in other areas of animal welfare legislation – such as Finn's Law, which strengthens protection of service animals, Lucy's Law, which bans the third party sale of puppies and kittens, the ban on the trade of ivory in the UK and, the proposed ban on circus animals, demonstrates a sea of change in legislative attitudes towards animals.

"Iconic animals such as Police Dog Finn, who was awarded the PDSA Gold Medal in 2018 for bravely protecting his police handler, and Lucy, a victim of the shocking puppy farm trade, show that previous legislation has not been successful in preventing serious animal welfare issues, and we hope to see the positive benefit that the new laws will bring about.

"We would urge the UK Government and devolved administrations to continue to champion such legislation, including the recently-drafted Bill to ensure Ministers in the UK to fully regard animal welfare in policy making." 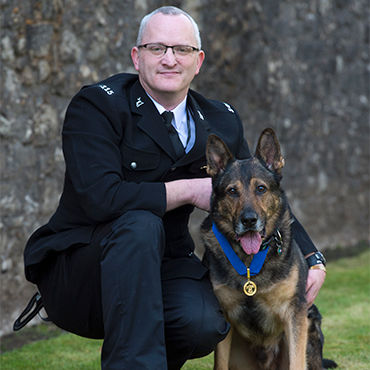