Pup beats the odds after swallowing a 10-inch stick!

Rocky, a nine-month-old crossbreed puppy, has been saved by our vets after he swallowed stick that was half the length of his body!

The Southampton pooch, named after his owner’s favourite movie despite his petite size, was seen by vets at our Southampton PDSA Pet Hospital after suffering from severe sickness. When his owner called for advice, vets recommended he should be admitted as an emergency and – to the shock of his owner – the team found a huge stick in the puppy’s stomach.

We are telling Rocky’s tale to warn owners to keep sticks away from paws while out walking, or at home in the garden.

To help owners know what to do in a pet emergency, we have created a free downloadable Pet First Aid leaflet.

Owner Joanna (36) said: “Rocky was being sick repeatedly and couldn’t keep any food down. I was so worried and I had no idea what was wrong. I called PDSA and they told me to bring him straight in.”

Initial investigations left vets suspicious of a foreign object in Rocky’s stomach; his deteriorating condition and continued vomiting meant time was of the essence and emergency surgery was needed.

PDSA Vet, Zofia Bauman, said: “We knew Rocky was very likely to have eaten something he shouldn’t have to cause his sudden illness, and suspected he had a foreign body in his stomach, but we couldn’t believe our eyes when we discovered the stick during surgery! Given its length, and his size, it’s a wonder it hadn’t punctured his vital organs and caused fatal injuries. I’ve never seen anything like it.”

After an intense hour-long operation the stick was successfully removed, but Rocky needed close monitoring in the hospital overnight to ensure he remained stable and no internal bleeding occurred.

He was allowed home the following day with painkillers, on strict rest, and had now beaten all odds to make a full recovery.

We are warning just how dangerous sticks can be. We regularly see serious stick-related injuries across our 48 Pet Hospitals so we are asking owners to only use pet safe toys for playtime to keep pets safe, especially during the coronavirus crisis. Chewing or playing with sticks can cause wounds in the mouth and throat, choking or intestinal blockages as well as the risk of sticks getting lodged in the mouth.

Joanna added: “We couldn’t believe he’d managed to swallow a stick that was half the length of his body! We didn’t see it happen and think he must have got hold of it in the garden. I’d encourage everyone to keep sticks well away from their pets to avoid the suffering Rocky has been through. Our family was heartbroken to see him so unwell. Thankfully, he’s on the mend and feeling better already, and that’s all thanks to PDSA.

“They are wonderful and I would like to thank the vet team who helped save our little treasure. I think PDSA are the best charity in the world!”

In times of uncertainty and hardship, much-loved pets like Rocky will still fall ill or be injured and need emergency, life-saving care. Rocky’s treatment would have cost his owner over £750. That’s when PDSA steps in to help, but we are facing a crisis and need your help.

PDSA’s veterinary care – which is a lifeline to so many owners across the UK – costs £60 million a year to run. But with many of our retail shops still closed and fundraising events cancelled, we are losing around £3 million a month in income.

And with the country plunged into financial uncertainly, and more than a million extra Universal Credit claims, we expect the number of pets needing care to increase by around 50,000. 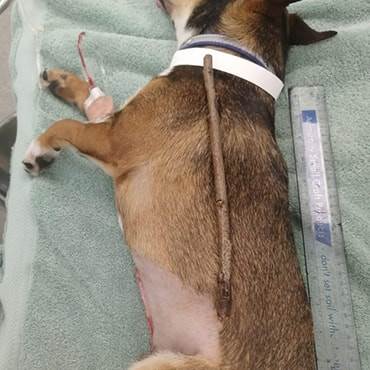 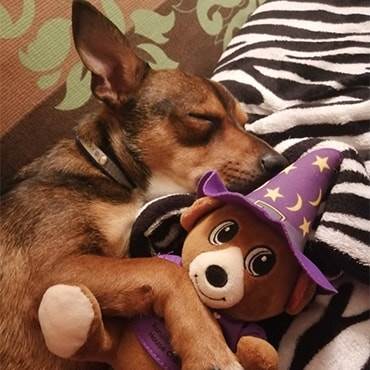 Our vets have put together a special Pet First Aid guide with handy tips, advice and steps to follow if you ever find yourself in an emergency situation where your pet is in danger.