Thanks to Inca’s amazing sense of smell, owner Colleen was prompted to seek a life-saving diagnosis.

Spirited German Shepherd puppy, Inca, bounded into owner Colleen Ferguson’s life in December 2012. Colleen had plans to obedience train her loveable ball of fluff, but Inca had other ideas.

Colleen recalls: “Inca found heel work so boring. She used to lag behind me, telling me that she didn’t want to do it. But when we started playing scent-based games, she absolutely flourished. We’d play endless ‘find it’ games and she would search for items all over the house and garden – tail aloft and wagging furiously.”

Inca’s drive to sniff out toys and play with Colleen brought them both so much joy, but in January 2015 Inca’s behaviour changed suddenly.

Colleen explains: “Inca went from a fun-loving young dog to being very quiet, almost overnight. She also became extremely interested in my mouth. She would not be easily pushed away and would wait for me to breathe out before she moved.

“By the end of the month, her interest had increased and she was sniffing my mouth three or four times a day. I once woke up to find her nose about 2mm away from my mouth.

“I actually visited the dentist to see if I had something wrong with my teeth but was given the all-clear but Inca’s constant sniffing and interest continued.”

In March 2015, Colleen caught a chest infection that left her needing a chest x-ray in hospital, which gave her a clean bill of health. Still, Inca continued her sniffing of Colleen’s mouth.

Colleen said: “I was too embarrassed to ask my doctor to check me over because by that point, my chest infection had cleared and I had no symptoms. Could I really go to the doctor and say that my dog was behaving strangely around me?

“But I decided to take action and paid for a ‘life scan’, which gave me a full body scan and intensive blood tests. The private medical team rang my doctor within three days of the test to say that they had found a golf-ball sized lump in my left lung. It was cancer. As a non-smoker, I was stunned.”

Further tests confirmed that Colleen had cancer and in June, she was admitted to hospital for surgery to remove the tumour, half of her lung and her lymph nodes.

When Colleen’s surgeon gave her the all-clear, she noted that this type of lung cancer is virtually never detected at stage one. It is known as the silent killer and is often not detected until the patient is at stage four, when it is too late.

Colleen says: “Inca pestered me from the first stage of this killer disease and now she has returned to her usual active, playful self. She is completely uninterested in my mouth now.

“Not only did Inca save my life, but she gave me huge emotional support through my recovery, helping me regain my confidence. She accompanies me wherever I go.”

Inca received a PDSA Commendation in February 2016, for her outstanding devotion to Colleen and for helping to detect Colleen’s cancer.

PDSA Senior Vet, Rebecca Ashman, said: “We know that a dog’s sense of smell is exemplary but our understanding of their unique capabilities is growing all the time as more research is carried out.

“Inca and Colleen’s bond and the story they share just goes to show how special our pets are to us and even how an untrained dog can detect when something is wrong.”

Inca has qualified as a Recovery Assistance Dog and continues to support Colleen through her recovery. Colleen said: “Inca helps me travel to new places, keeping me safe and calming my panic attacks which developed after my illness. It is rare for German Shepherds to be accepted into the scheme, which underscores just how special my lovely girl is.

“I wouldn’t be here without her. I can’t thank her enough.” 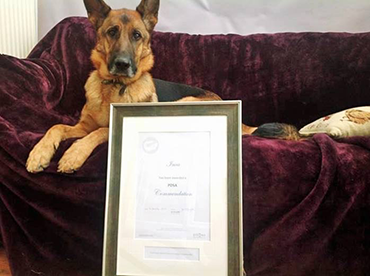 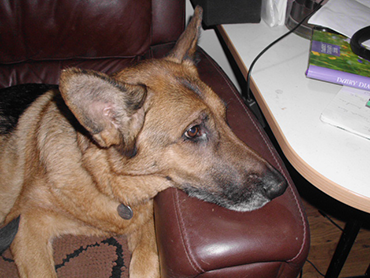 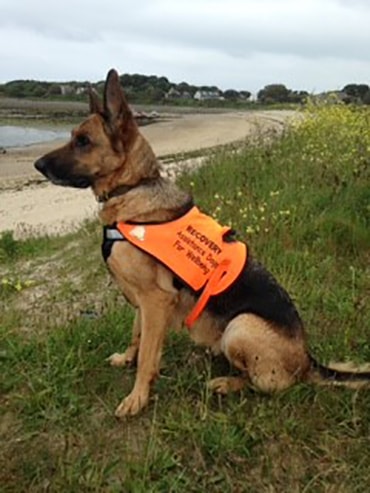