"For rescuing L/Cpl. Muldoon from drowning under have shell fire at the assault of Walcheren, November 1944, while serving with the 6th Cameronians (SR)." 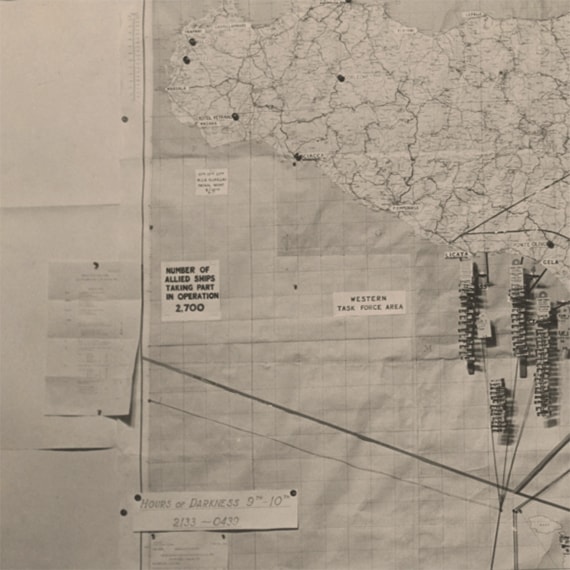 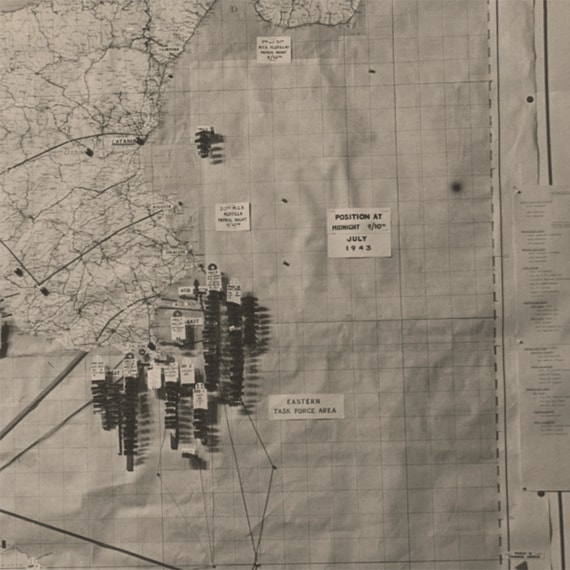 In 1942 the Government issued a call for dogs to help with the war effort. The Railton family from Tolworth, Surrey answered that call and offered their pet German Shepherd for service.

Accepted into the War Dog’s training school, War Dog 147 as he was known, showed remarkable intelligence and skill. Following training, Khan joined the 6th Battalion Cameronians (Scottish Rifles) and teamed up with handler Lance Corporal James (Jimmy) Muldoon. He became known as ‘Khan’ after the Indian soldiers who served with the British and soon saw action across Europe.

Jimmy and Khan became inseparable and during a night-time landing craft assault on Walcheren Island in Belgium the strength of their bond really showed. As the landing craft approached the shore it came under heavy artillery bombardment.

A direct hit plunged the unit and Khan into the water. Khan quickly made it to shore. His handler wasn’t so lucky. Unable to swim and weighed down by his pack, Jimmy Muldoon was floundering and a sitting duck for the enemy.

Khan heard Jimmy’s cries and plunged back into the water. He quickly found him and dragged him back to shore by the collar of his uniform. The scene was witnessed by other unit members who called for Khan’s heroism to be formally recognised.

The newly-promoted ‘Rifleman’ Khan received the PDSA Dickin Medal from the Battalion Commander before an honorary parade on 27 March 1945. The citation read: “For rescuing L/Cpl. Muldoon from drowning under heavy shell fire at the assault of Walcheren, November 1944, while serving with the 6th Cameronians (SR).”

After the war, Rifleman Khan returned to the Railton family home.

In July of 1947, Khan, along with 15 other, canine PDSA Dickin Medal recipients, was invited to march in the National Dog Tournament. Barry Railton wrote to Jimmy Muldoon and asked him to attend the event. Reunited for the first time in two years, it was plain for all to see just how close their bond was and the Railton family agreed that Khan should return to Scotland to live with Jimmy. 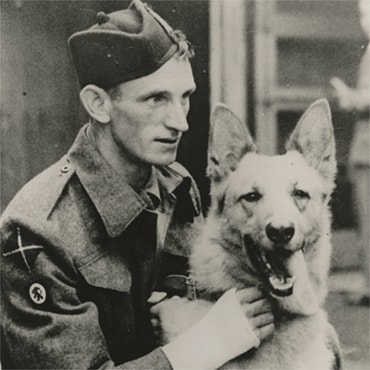 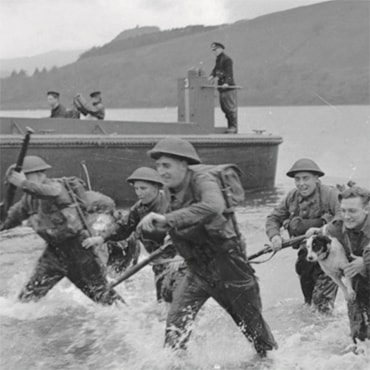 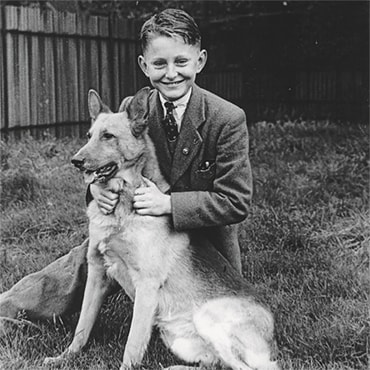