A war horse that survived one of the bloodiest battles in modern military history, has today been awarded the PDSA Dickin Medal – known as the animal equivalent of the Victoria Cross – for her bravery and devotion to duty.

The four legged heroine, Sergeant Reckless, is the 68th recipient of the PDSA Dickin Medal. She was posthumously awarded her medal by the leading veterinary charity on the anniversary of the end of the Korean War, which lasted from 25 June 1950 to 27 July 1953.

Jan McLoughlin said: “Reckless’ story is one of conspicuous gallantry and the bravery of this remarkable horse embodies just why we honour animals in this way.”

The PDSA Dickin Medal was instituted by the charity’s founder, Maria Dickin, in 1943. It honours animals who display outstanding acts of bravery during military conflict.

Sgt Reckless was nominated for the prestigious award by author Robin Hutton, supported by the US Marine Corps. Robin spent six years researching the chestnut Mongolian mare’s illustrious career with the US Marines and penned her biography.

Reckless’ journey with the US Marine Corps began in October 1952. Bred as a racehorse, Reckless was purchased for $250 and trained as an ammunitions carrier for the Anti-Tank Division of the 5th Marines.

The soldiers named her Reckless because the gun which she carried ammunition for - the Recoilless Rifle - was so dangerous, it was nicknamed the ‘reckless’ rifle.

Often referred to as ‘the forgotten war’, the conflict between North and South Korea engaged troops from several countries. Although the US provided the bulk of the force on behalf of the United Nations, the UK sent over 100,000 men to fight – over 1,000 of whom were killed in battle. Over 37,000 US troops lost their lives during the conflict.

Sgt Reckless was nominated for the PDSA Dickin Medal by author Robin Hutton, supported by the US Marine Corps. Robin spent six years researching the chestnut Mongolian mare’s illustrious career with the US Marines and penned her biography.

Robin said: “She was both tough and smart. When the Marines put her through ’hoof’ camp, they found her to be an extremely fast learner. She only needed instruction on a task once or twice —anything from scrambling into a bunker to avoid incoming shells to side-stepping communication and barbed wires. Once she understood something, Reckless never needed coaching again.”

One of Reckless’ finest hours came during the Battle of Outpost Vegas in March of 1953, where, according to official accounts charting the war, ‘The savagery of the battle for the so-called Nevada Complex has never been equalled in Marine Corps history. ’ This particular battle “was to bring a cannonading and bombing seldom experienced in warfare … 28 tons of bombs and hundreds of the largest shells turned the crest of Vegas into a smoking, death-pocked rubble .” Reckless was in the middle of all of it.

On one day alone during the five-day battle, she made 51 trips from the Ammunition Supply Point to the firing sites. She carried 386 rounds of ammunition (over 9,000 pounds – almost five tonnes), walked over 35 miles through open rice paddies and up steep mountains with enemy fire coming in at the rate of 500 rounds per minute.

She would also carry wounded soldiers down the mountain to safety, unload them, reloaded with ammunition and head off back to battle.

Robin continued: “Although Reckless was wounded twice, she didn’t let that stop her or slow her down. There is no knowing the number of lives she saved. What she did in this battle not only earned her the respect of all that served with her, but it got her promoted to Sergeant.

“Her heroics embody the word Marine and those who served alongside Reckless truly loved her. She was loved by the marines; they took care of her better than they took care of themselves – throwing their flak jackets over her to protect her when incoming fire was heavy, risking their own safety. Her personality, monstrous appetite for all food and drink, and her heroics on the battlefield, earned her a solid place in the ranks of the Corps.

“Her relationship with the soldiers underscores the vital role of animals in war, not just for their prowess and strength in battle, but for the support and camaraderie they provide to their fellow troops.”

After the war, there was a campaign to bring Reckless to America. She arrived into San Francisco’s dock in November 1954, where hundreds of people turned out to give her a hero’s welcome. On 15 June 1957 she was promoted to Staff Sergeant for, ‘attention to duty, devotion and loyalty to the Marine Corps’.

Sergeant Reckless retired from the Marine Corps on 10 November 1960 and died (aged 20) on 13 May 1968. She was buried with full military honours at her adopted home of Camp Pendleton, California.

Jan said: “I feel incredibly proud to see Reckless awarded the PDSA Dickin Medal on the anniversary of the end of the Korean War. Sergeant Reckless takes her rightful place with the other 67 PDSA Dickin Medal recipients and I hope that this award will help to further preserve the memory of this remarkable horse.”

Lieutenant Colonel Michael Skaggs accepted Reckless’ PDSA Dickin Medal on behalf of the US Marine Corps. He said: “The Korean War played host to some of the fiercest fighting in modern military history. Thousands of British and American troops lost their lives in the treacherous conditions and ferocious fire fights. The conditions that Reckless found herself in were truly perilous and her bravery and tenacity to push forward was remarkable.

“I am thrilled to accept Reckless’ award on behalf of the US Marine Corps – she embodies the Corps’ motto: Semper Fedelis – always faithful.”

PDSA is the UK’s leading veterinary charity, treating over 470,000 pets annually across its 51 Pet Hospitals and 380 Pet Practices. The charity strives to improve all pets’ lives through education, preventive care and emergency treatment and touches the lives of more pets and owners that any other animal charity. For more information visit www.pdsa.org.uk.

[2] Taken from an article LtCol Geer wrote about Reckless. It was also titled "Reckless, Pride of the Marines," and appeared in the Saturday Evening Post on April 17, 1954, page 186 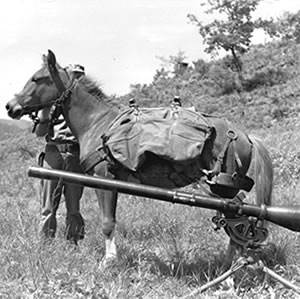 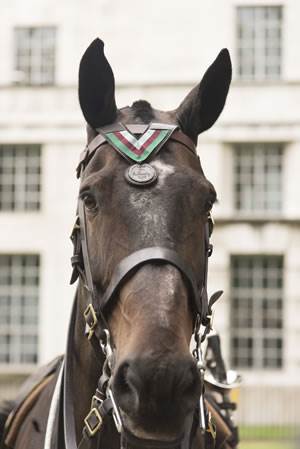