Impulse buying is putting the health and welfare of millions of pets at risk, according to new research from PDSA.

The latest PDSA Animal Wellbeing (PAW) Report reveals that over five million UK pet owners (24%) undertake no research at all before taking on a new pet. This means that many do not know enough about what’s needed to ensure their pet’s health and welfare.

Sean Wensley, PDSA senior vet, said: “The vast majority of owners undoubtedly love their pets. But buying pets on impulse is a big problem that isn’t showing any sign of improving. Lack of research before getting a pet means many owners have an incomplete understanding of what their pets need for a healthy, happy life. This is leading to serious pet welfare problems.”

One common misconception is the amount of time and effort that goes into keeping a pet.

The PAW Report reveals that 4.8 million owners (22%) found their pets harder work than expected. This can result in animals being rehomed or abandoned when owners find themselves unable to cope.

Sean Wensley says the problems can start even before a pet is acquired, with many being raised in unsuitable places and bought from online adverts.

“Buying pets from unsuitable sources can lead to big problems. For example, a puppy bought from a puppy farm won’t have been socialised and would rarely have received the preventive healthcare they need, such as vaccinations and worming. These problems lead to new owners being left with puppies that often become very unwell and can go on to develop problem behaviour, such as aggression, in later life.”

With the right research and planning, owning a pet can be a fantastic experience for the whole family, including the pet. So, in response to this worrying impulse-buying trend, we are asking the public to stop and think before making the decision to take on a new pet. Our #PawsFirst online tool aims to help owners decide whether taking on a pet is right for them and their lifestyle.

“Potential owners should look at what’s involved in owning a pet before making a decision,” adds Sean. “Caring for a pet can be very demanding, so be sure that your chosen pet is right for you and your lifestyle. You need to consider how you would meet their five welfare needs - for example, if you have time to walk a dog every day - and find out about related costs; including pet insurance, pet food, and veterinary care, including unexpected bills if your pet becomes ill or injured.

“Veterinary practices are an excellent source of reliable advice on all of these questions, with some now offering dedicated consultations for people looking to get a pet. A visit to your local vet practice will help you avoid the common pitfalls that vets and vet nurses see the consequences of every day.”

If you are thinking about getting a pet make sure you #PawsFirst and take our quiz to avoid problems for you and your chosen pet. 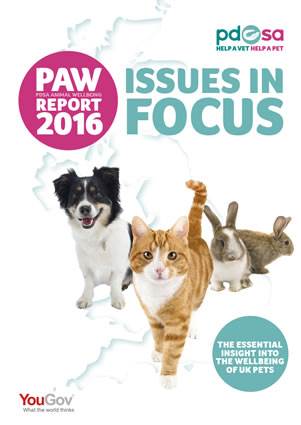