A Military Working Dog who served with the Special Air service Regiment (SASR) in Australia has received the animal's VC for his remarkable actions while on duty in Afghanistan, in 2011.

Kuga is the first Australian dog to receive the PDSA Dickin Medal in its 75-year history.

PDSA Director General Jan McLoughlin said "Kuga's actions undoubtedly saved the lives of his patrol. He took on the enemy without fear, saving his comrades despite suffering serious injury, and is thoroughly deserving recipient of the PDSA Dickin Medal."

Belgian Malinois Kuga has been posthumously recognised for his actions during Operation Slipper in the Khas Uruzgan district of Afghanistan. Kuga indicated the presence of an enemy ambush, concealed among trees alongside a river. Kuga swam into the river to apprehend the enemy and, in doing so, was show five times. He survived and was returned home to Australia, though he died less than a year later.

Whilst in Australia on other business, the formal presentation was made by PDSA Trustee Mary Reilly to Kuga's canine colleague, retired Military Working Dog Odin. Corporal Mark Donaldson – the recipient of the Victoria Cross for his actions in Afghanistan – received Kuga’s medal on behalf of the regiment.

The world-renowned PDSA Dickin Medal was introduced by PDSA's founder, Maria Dickin CBE, in 1943. It is the highest award any animal can achieve while serving in military conflict.

Other recipients of the PDSA Dickin Medal include 34 dogs (including Kuga), 32 World War II messenger pigeons, four horses and one cat. For more information about the medal it's recipients, see here. 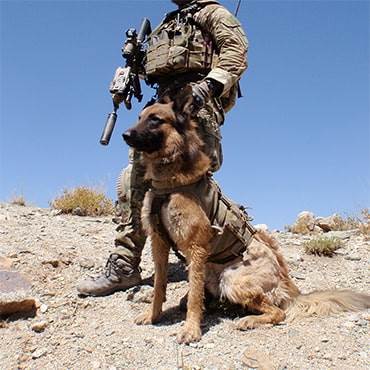 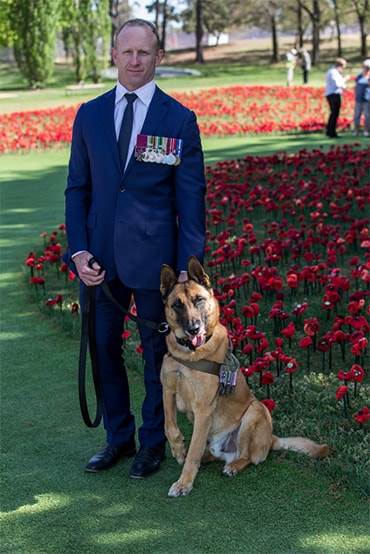