Tabby cat Bootsie was rushed to our Leicester Pet Hospital after drinking bleach from his owner's toilet.

The chemical caused severe ulceration to his throat and he was poorly and unable to eat, so he required tube-feeding for several days while his burns healed.

Bootsie's owner, Sophie McDowall, 24, from Northfields, Leicester, said "I bleached the toilet and bathroom and hadn’t thought anything more about it. However, in the morning I woke to find Bootsie lying lifeless on his blanket with his tongue sticking out, dribbling everywhere and making a very strange noise.

“I called PDSA and they told me to bring him straight down. He was kept in at the hospital and I was so worried about him, it was heart-breaking.”

Bootsie had ulcers in his mouth and vets carried out tests to rule out other conditions before giving intensive treatment for his exposure to bleach.

The three-year-old pet was kept in hospital for several days until he was well enough to return home on painkillers.

Sophie added: “I can’t thank PDSA enough for the treatment Bootsie received. I’m now much more careful when cleaning the bathroom and ensure the lid to the toilet is always closed and the door kept shut to avoid anything like this happening again.” 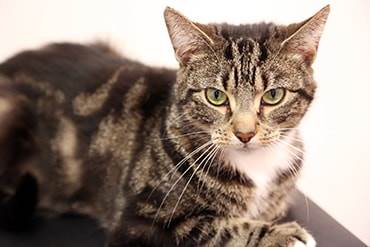 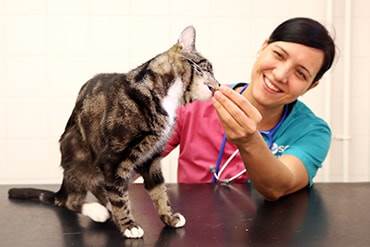