A Cocker Spaniel from Liverpool nearly died after eating a facemask. One-year-old Ralph needed emergency surgery at vet charity PDSA to remove the mask, which had block his intestines.

Owner Julie Veidman noticed her beloved pooch had been sick overnight. Although she wasn’t too concerned at first, when he couldn’t keep water down and refused his favourite treat, she knew something was seriously wrong. She immediately called PDSA for help.

On hearing Ralph’s symptoms during a phone appointment, the vet advised her to bring him straight down to Huyton PDSA Pet Hospital. PDSA Vet Lizzie Whitton said, “We examined Ralph and could feel something in his tummy – with his other symptoms we immediately suspected he’d eaten something he shouldn’t. An x-ray confirmed that there was some kind of blockage in his intestines. This can quickly become fatal, so we took him straight into emergency surgery.”

Julie, who had been told of the danger Ralph was facing, was waiting nervously at home for news. She said: “Walking away from the Pet Hospital holding his empty lead was one of the hardest things I’ve ever done – he’d never been left on his own before. Although he’s young and otherwise healthy, I had been made aware of the risks of this emergency surgery and I couldn’t help but fear the worst.”

Vet Lizzie continued: “Any type of surgery carries risk, and intestinal procedures can come with additional complications, but thankfully Ralph’s operation went very well. However, we were all shocked when we removed a face mask from inside him!”

Julie was incredibly relieved to get the call that Ralph was out of surgery and he had woken up in the recovery ward. When she heard it was a mask he’d eaten, she said:  “We think he must’ve stolen it from my daughter’s bag in the night. He always had a liking for socks and sometimes knickers too, so we always keep things like that well away from him. We never thought he’d actually eat a facemask!

“PDSA were amazing, they were so quick to respond and so caring – they have literally saved his life. We were able to take him home soon afterwards, he needed some tablets for pain relief and plenty of TLC and although he had a little blip in the middle of his recovery as he refused to rest; two weeks later he’s completely recovered. It worries me as you see masks discarded all over the place right now, and Ralph is living proof that dogs might eat them and suffer serious consequences.

In times of uncertainty and hardship, pets like Ralph will still fall ill or be injured and need emergency, life-saving care, and the charity needs support now more than ever.

Julie turned to PDSA, the UK’s vet charity, as she had to stop work earlier this year. Julie continued: “I’d been working as a sales assistant, but since the lockdown we were dealing with a lot of abuse from customers. It was awful and it just became too much, I was really struggling and had to leave. So I don’t have any income right now – without PDSA we would’ve lost Ralph. He’s been my absolute rock through lockdown, I don’t know what we would’ve done without him.”

PDSA has seen a surge in demand for its services since the first lockdown earlier this year, as many people found themselves facing financial difficulties.

PDSA relies on the kindness of hundreds of thousands of people who support the charity every year to help the pets of vulnerable people who have nowhere else to turn. PDSA doesn’t receive any government funding and is supported by the generosity of the pet-loving public who donate to make sure we can be there for a pet when they need us most. 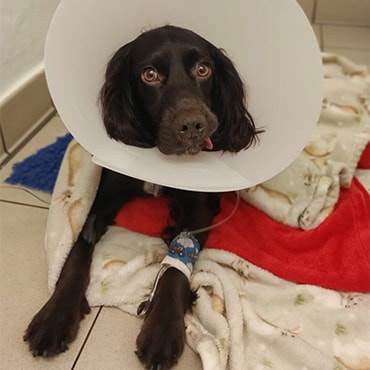 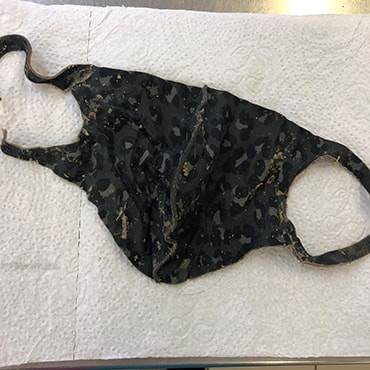 PDSA needs animal lovers like you to support us so we can continue to deliver life-saving vet treatment where it's needed most.