Travis had to be resuscitated THREE times

A professional dog walker from Nottingham has told of the terrifying moment a Boxer dog in her care suddenly collapsed, an dhow skills from a recent PDSA Pet First Aid course helped save his life.

Karen Hodge was walking Travis the Boxer in woods near Mansfield just before Christmas when he seemed to slip and tumble down the hill.

Karen, who at first thought the eight-year-old dog was fitting, said: “I’ve looked after epileptic dogs before so at first I thought it was a fit and knew what to do, but then he didn’t seem to recover as expected. He lost control of his bowels, and then I saw he’d stopped breathing and his eyes were glazing over. At that point I knew something was seriously wrong, and I needed to act immediately.”

“I never thought I’d be using the skills so soon, but something just took over - I went into automatic and knew exactly what to do.”

Karen confirmed that Travis’ heart had stopped and he wasn’t breathing, so she started CPR, which involves heart compressions and mouth-to-snout breaths. She also got her daughter Emily (19), who was accompanying her that day, to run back to her van and call Travis’ owners.

After several minutes Travis came round, but was confused and unable to walk. So Karen and Emily carried him back up the hill to the van and set off immediately for the nearest vet, about a mile away. While en route, Emily, who was in the back of the van with Travis, shouted through that he had stopped breathing again. Karen instructed her daughter on what to do while she continued to drive, and thankfully Travis was resuscitated again.

Once at the vets, Travis’ heart stopped again and he needed to be resuscitated a third time by the veterinary staff. They stabilised him, but recommended a referral to a specialist cardiologist. Travis’ owner, Julie, had rushed to the vets too and was incredibly relieved that Karen had been able to save her beloved pet.

PDSA Community Vet Nurse, Kaya Hawrylak, who delivered the Pet First Aid course, said: “Travis is incredibly lucky to be alive, and he has Karen to thank for that. Our Pet First Aid courses enable people to learn vital emergency skills that can literally mean the difference between life and death for pets, until they can get to a vet.

Following his ordeal, Travis was taken to a specialist in Derby, where he was diagnosed with Dilated Cardiomyopathy. This is when the heart becomes enlarged and floppy so it’s unable to push blood around the body as well. Sadly, it is a condition that Boxers and certain other large breed pedigree dogs are particularly prone to.

Travis is now on long term medication for his condition, but his vet has warned that he mustn’t be vigorously exercised, and his heart could stop again at any time.

Owner Julie, who has had Travis since he was a puppy, said: “We really can’t thank Karen enough – without her Travis wouldn’t still be with us. Thankfully he’s pretty much back to normal, he still loves to play and to look at him you wouldn’t know anything was wrong with him. But it’s a real worry for us that this could reoccur, it’s like living on tenterhooks constantly.”

Julie and her family are now planning to book on the next PDSA Pet First Aid course with Kaya, so they can learn the same life-saving skills that Karen did.

PDSA has been offering Pet First Aid courses since 2016. Over 1,600 people have so far completed the vital course, which covers the skills to handle an emergency situation, such as bandaging, resuscitation and dealing with choking.

Kaya explained: “The courses are usually around five hours and are a mix of theory, group discussion, video examples and practical exercises. After completing the course, participants can take our online test and, once passed, they will receive a certificate.”

PDSA vets also advise pet owners to keep a pet first aid kit at home and while travelling. Keeping their vets’ phone number in their phone contacts can also help save valuable time in the event of an emergency

PDSA’s Pet First Aid courses cost can be booked online for just a £5 booking fee, and are run on a regular basis throughout the UK. For details of upcoming courses visit www.pdsa.org.uk/pdsaevents 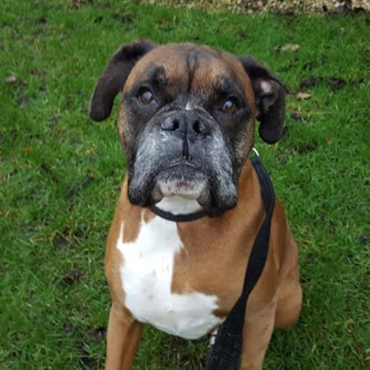 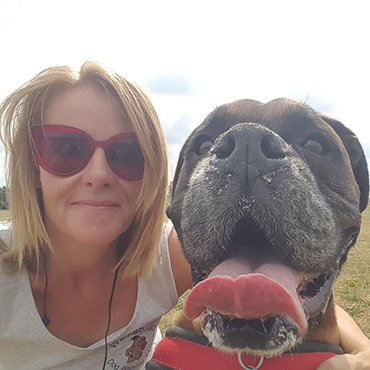 Find out everything you need to know about booking onto one of our PDSA Pet First Aid courses.