Staffordshire Bull Terrier’s lungworm ordeal highlights how serious the parasite can be.

A Staffordshire Bull Terrier from Bristol has been receiving long-term treatment from PDSA vets after contracting chronic lungworm.

Chloe (6) was taken to our Pet Hospital in the city in June by owner Dennis Williams after he noticed she was suffering from a severe cough.

Vets examined her and prescribed lungworm medication as a precaution. However, despite initially responding well to treatment, the symptoms returned.

Further tests confirmed the presence of the parasite and vets decided to carry out more aggressive treatment.

PDSA Vet, Bekki Pacini, said: “It’s good that we saw Chloe when we did, as these infections can be very serious, even fatal. Lungworm can often be difficult to get rid of and despite treatment it can take up to six months in some cases for a dog to recover.”

Mr Williams (47) of Withywood, Bristol, said he had never even heard of lungworm prior to his dog becoming infected.

He said: “Chloe loves playing in the garden and I understand it could have been something as minor as her nuzzling her nose in the grass or playing with a toy where a slug or snail had been for her to contract the lungworm.

“I’m grateful to PDSA for the treatment they’ve given Chloe and I want to help raise awareness of how serious it can be, because people just don’t know. I’ve owned dogs for 30 odd years and I’d never even heard of it.”

We’re warning people about the need to regularly protect their pets against lungworm after cases of lungworm rocketed by over 30% in just five years.

Our vets are warning this could be just the tip of the iceberg as many cases of lungworm go unreported. Lungworm can cause weight loss, difficulty breathing, a chronic cough and can even be fatal.

Comparing data for 2009 and 2014, our vets found there had been a 35% increase in confirmed cases of the worm across our 51 UK pet hospitals. 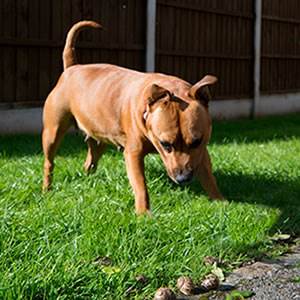 Read our vets' advice on how to protect your pet from common types of worms, including lungworm.