“Warrior and General Jack Seely commanded three regiments of the Canadian Cavalry, leading the charge at some of the bloodiest and most infamous battles of World War I. Warrior’s Honorary PDSA Dickin Medal was awarded on behalf of all animals that served in the Great War.” 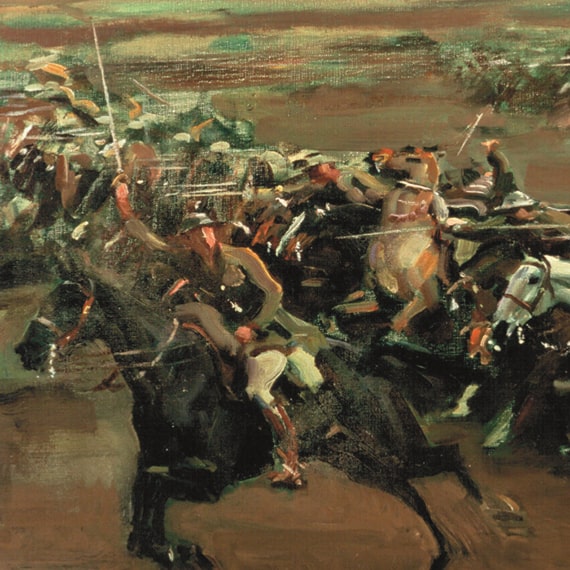 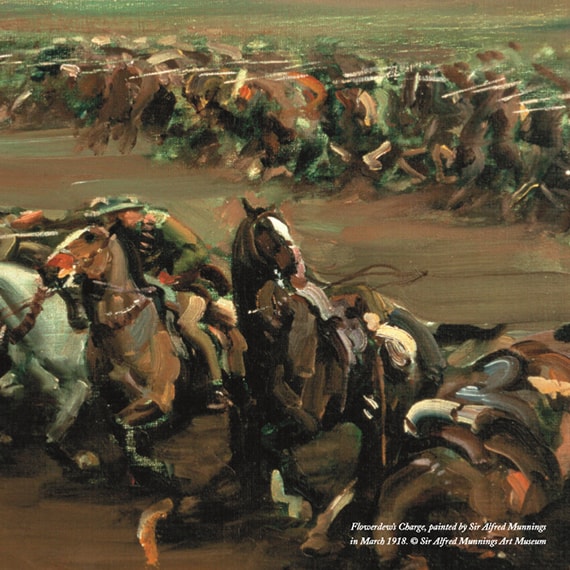 Known to many as ‘The Horse the Germans couldn’t kill’, Warrior’s story is one of the most remarkable tales of animal bravery and endurance to emerge from the Great War.

General Jack Seely left his home on the Isle of Wight in 1914 to take command of the Canadian Cavalry Corps. His beloved horse Warrior, a thoroughbred stallion, travelled to the Western Front with him. Over the next four years, Warrior witnessed the full horror of war during major battles, including the first day of the Battle of the Somme and the muddy hell of Passchendaele.

Trapped in burning stables twice, buried in rubble and mud, and regularly subjected to intensive attack from machine guns and mortar shells, Warrior survived it all. In March 1918 he led a cavalry charge against the Germans at Amiens, which proved to be one of the most crucial battles of the whole campaign and helped bring the end of the conflict closer.

Warrior and General Seely returned home to the life they had known before the outbreak of war. Warrior even won an Isle of Wight point-to-point race in March 1922.

It’s little wonder that this incredible horse achieved fame across the world. When he died in 1941 at the age of 32, The Times ran an obituary for him with the by line: ‘The Horse the Germans couldn’t kill’.

Warrior was awarded the Honorary PDSA Dickin Medal in 2014 to mark 100 years since the start of the Great War. The only recipient to pre-date the Medal’s institution in 1943, he received the Medal on behalf of all animals that served in WWI.

Warrior’s unique Medal was accepted on his behalf by Brough Scott, Jack Seely’s grandson. The citation reads: “For Gallantry. Honouring all animals that served in WW1 1914-18.” 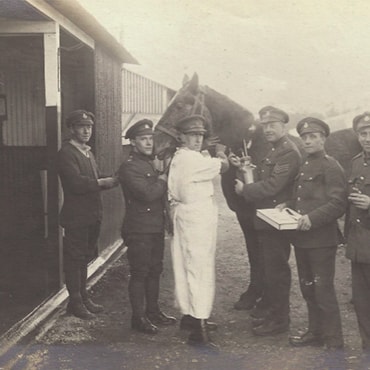 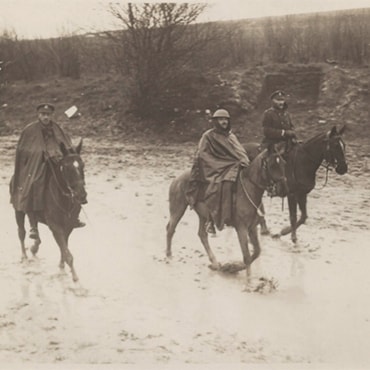 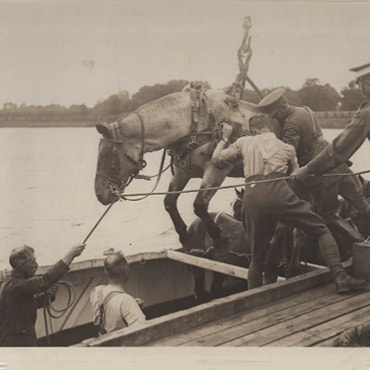