‘Outstanding’ RAF Police Dogs to be honoured with ‘animals’ OBE’

English Spaniel, Alfie, and Labrador, AJ, who both served in Number 4 RAF Police (Typhoon) Squadron for six years, regularly operating in dangerous environments, locating arms, ammunitions and explosives, received the PDSA Order of Merit* – the animal equivalent of the OBE.

The now-retired duo were joined by Provost Marshal (RAF), Group Captain David Wilkinson, to formally receive their prestigious Medals. The video of Alfie and AJ’s story can be viewed here.

Commenting on the awards, PDSA Director General, Jan McLoughlin, said: “It is with great pride that we award Alfie and AJ the PDSA Order of Merit today. They have both had exemplary careers, playing a pivotal role in the vital work of the RAF Squadron and providing outstanding service to society.

“Through the PDSA Animal Awards programme we seek to raise the status of animals in society and honour the incredible contribution they make to our lives. Alfie and AJ’s extraordinary work warrants the highest recognition, making them worthy recipients of the PDSA Order of Merit.”

English Spaniel Alfie qualified as an Arms and Explosives Search Military Working Dog in April 2011 and worked with the Number 4 RAF Police (Typhoon) Squadron until 1 July 2017, when he retired from the service.

Both Alfie and AJ’s records were the best in their field for the number of search hours, searches and operational finds. During their active service they were highly regarded by their peers in the Royal Air Force Police & Security Squadron.

After both successfully completing six full years of active service and thousands of search hours between them, Alfie and AJ are now enjoying a well-deserved retirement.

Provost Marshal (RAF), Group Captain David Wilkinson, said: “Alfie and AJ were truly outstanding members of the team, performing impeccably during their careers. They regularly worked in challenging and dangerous situations but never faltering in their duty. They are a credit to the Royal Air Force.

“It’s a huge honour for Alfie and AJ to be awarded the PDSA Order of Merit. To have their actions recognised in this way is truly fantastic and I am immensely proud of everything they both achieved.”

Alfie and AJ take the total number of PDSA Order of Merit recipients to 32 animals, including 12 horses and 20 dogs. The medal was instituted in 2014 and recognises animals who display outstanding devotion to their owner or wider society, above and beyond normal companionship – and represents an exceptional example of the special relationship that exists between animals and humans. It is widely acknowledged as the animal equivalent of the OBE. Find out more information about previous PDSA Order of Merit recipients.

PDSA provides a vital service for pets across the UK whose owners struggle to afford treatment costs for their sick and injured pets. No pet owner should be faced with losing a beloved pet because they can no longer afford to pay for treatment. For many vulnerable pets, PDSA is there to help when there is nowhere else for their owners to turn. 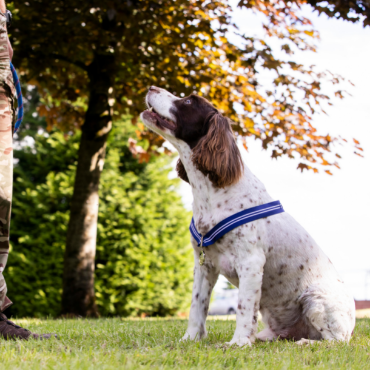 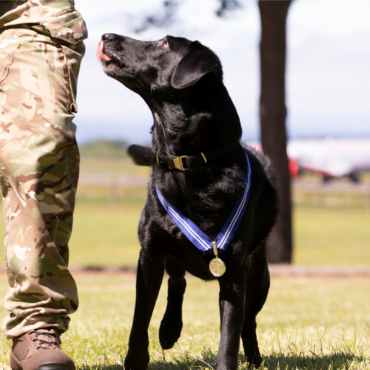 The PDSA Order of Merit is known as the animals’ OBE. It recognises animals that display outstanding devotion to their owner or wider society, above and beyond normal companionship – and represents an exceptional example of the special relationship between animals and humans.