Two North East schools have been busy battling to become the UK’s first PDSA ‘PetWise’ School. The vet charity launched the award last year, designed to teach the next generation of pet owners about caring for pets.

Morpeth All Saints CofE Aided First School in Northumberland and Benton Dene Special School in Newcastle were among the first schools to sign up to PDSA’s programme, which launched in late 2018. They dedicated time each week to complete the modules, working their way up through the four easy-to-follow levels. Both schools have now gained their full ‘PetWise’ status in record time.

Ailsa Jones, PDSA’s Group Head of Veterinary Services, presented both schools with their special glass plaques. Ailsa said: “Our PetWise for Schools award is designed to be a curriculum-linked programme. It teaches primary-aged children about pets’ welfare needs in a fun and engaging way. And thanks to support from the players of People’s Postcode Lottery to develop the award, it’s free for any primary schools, home schools or uniform groups to sign up to.”

One hundred and seventy four schools and groups have now signed up for the awards, reaching more than 35,000 children. The two schools in the North East are the first in the UK to complete the full programme.

Rachel Rush, a teacher at Benton Dene Special School said, “This was a fantastic opportunity for our children. The award was engaging and interesting at every point and everything you needed to deliver the sessions was all there, from curriculum-linked planning sheets to PowerPoint slides. Our pupils are looking forward to sharing their newly-gained knowledge with others. Thank you PDSA for an amazing award!”

PDSA is the UK’s leading veterinary charity, improving pets’ lives through preventive care, education and treatment. The PDSA PetWise Schools award is part of the charity’s community and education programme. Visit www.pdsa.org.uk/PetWise for more information and to sign up 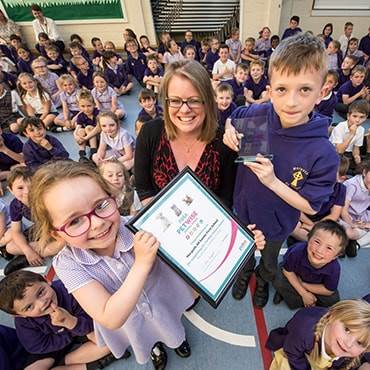 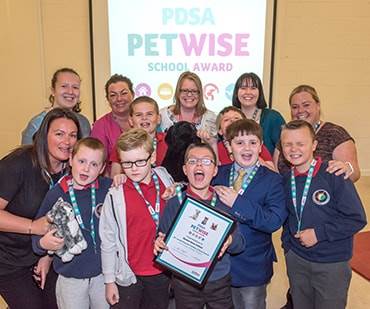 Are you a teacher or group leader for primary-aged children who are passionate about pets? Do you want to support PDSA and help the nation #GetPetWise through the teaching of the 5 Welfare Needs? Well, why not sign up to our free award programme, PetWise School Award?