When it comes to our dogs, there are some laws that owners need to abide by. These range from taking care of your dog’s welfare, to how your dog interacts with other people.

Understanding dog laws can be a real minefield – there are so many laws that could affect you as a dog owner that you may not have even been aware of!

We’ve broken down some of the most important laws that will affect most dog owners. This is by no means an exhaustive list as laws are always changing, so make sure you check what regulations apply in your area. None of this is legal advice, so speak to a lawyer (ideally one who specialises in dog law) if you need more in-depth information. 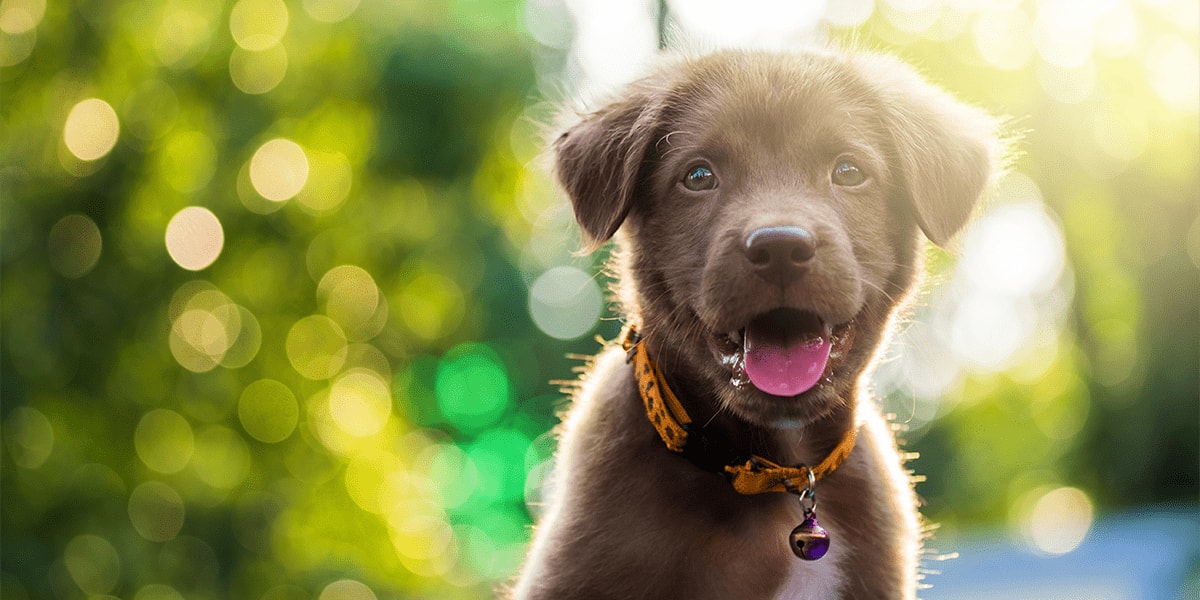 The Animal Welfare Acts cover most aspects of animal welfare, but most importantly:

Suspected cases of animal neglect or cruelty should be reported to the RSPCA (or SSPCA in Scotland).

If you live in Wales, it is an offence to fit an electric collar on a dog. These shock collars are often used for training but can hurt dogs if used improperly. Even if used as intended they can cause them a lot of stress.

Although these are still, unfortunately, legal in the rest of the UK, we would never advise using them. If you want to train your dog, reward-based training is far more effective than other methods.

Anyone breeding dogs as a business usually needs a license, including:

When taking on a puppy, always check if the breeder has a license. Breeder license details should be given in the advert for a puppy. In England, you can also check a breeder’s star rating. A five star breeder will have the best standards, so we recommend looking for a puppy from one of these. You can have a look at our other tips on what to do when getting a puppy here.

If a breeder doesn’t have a license and you think they should, you can report them to your local council. If you have concerns that a puppy you are looking to buy is being kept in bad conditions, like a puppy farm, you can also call the RSPCA (or SSPCA in Scotland).

Out and about with your dog 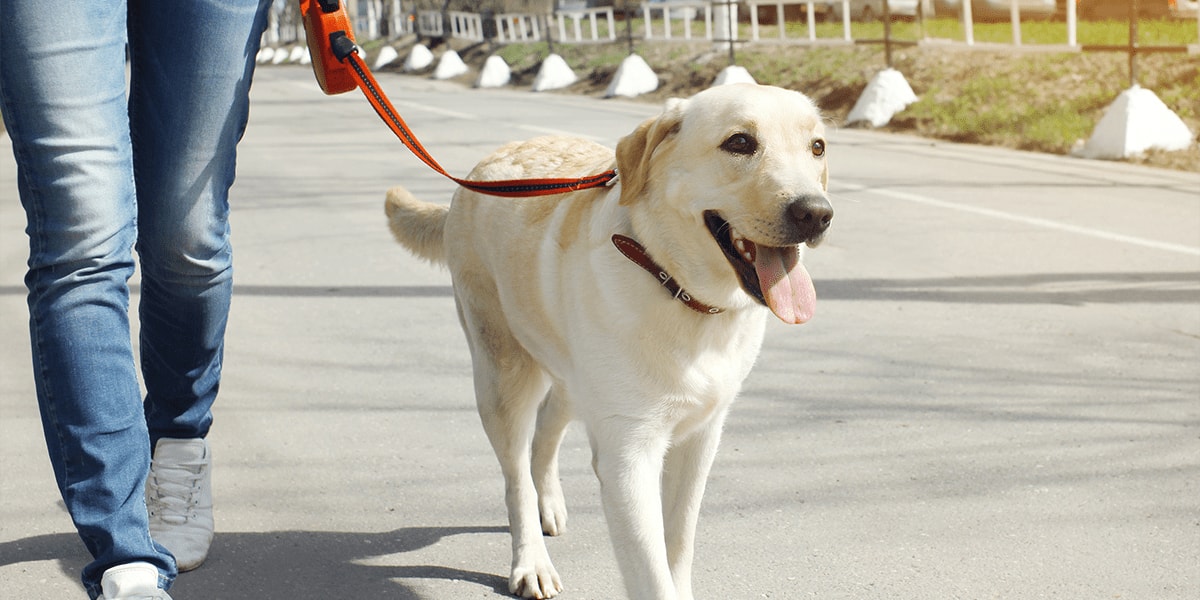 Legally all dogs must wear a collar and ID tag when out in public. This must have their owner’s name and address on. This applies whether your dog is on their lead or not.

It is also a legal requirement across the UK to have your dog microchipped. Vets can scan dogs for a microchip but don’t enforce the law, so if you haven’t managed to chip your dog yet they can give you advice on how to get them one.

The police enforce microchip legislation, so if your dog was to be picked up as a stray or scanned by the dog warden for another reason then you would have 21 days to get them chipped to avoid a fine.

Cleaning up after your dog

There are several laws that cover dog fouling – sadly it’s a big problem in a lot of areas across the country. In most public areas, you will be required by law to clean up after your dog.

Your council also has the power to introduce Public Space Protection Orders (PSPOs). These can be used to make sure dogs are kept under control (see below) as well as to require dog owners to clean up after their pets in other areas.

In places with a PSPO, you can get an on-the-spot fine if you let your dog foul without a reasonable excuse (and not noticing your dog going to the toilet or not having a poo bag don’t count!). Areas with a PSPO should have signs to indicate this.

Even where it is not legally required to clean up after your dog, it’s a good habit to get into. As well as keeping the streets tidy it means you won’t be responsible for passing on some nasty parasites that can harm people and other animals.

Dogs can’t always go everywhere we can go. In England and Wales, councils can create PSPOs (see above), so that in certain areas your dog may have to be kept on a lead. PSPOs could also limit the number of dogs you can have with you or ban dogs from certain areas. Areas under a PSPO will be clearly marked.

You can be held responsible for damage your dog causes. This could be to a person, property or another animal. There are complicated rules around when you would count as liable, so we recommend doing some further research and reading up if you want to know all the ins-and-outs of the law.

We would strongly advise taking out third party insurance so that if your dog did happen to damage something or hurt someone you would be covered.

Out of control dogs

In public places, you must keep your dog ‘under control’. Generally, this means close to you and ideally on a lead. If they’re not on a lead, they need to be under control in another way, such as paying attention to your voice commands.

It’s a criminal offence to allow your dog to be ‘dangerously out of control’ – this counts in both public and private areas. This could be anything from your dog chasing a person or another animal to physically harming them. If this happens, you may have to pay a fine, compensation and costs. If your dog hurts a person, unfortunately they can be seized by police and may even be humanely destroyed.

We recommend making sure you’re on top of your dog’s training. Always keep your dog on a lead around strange dogs if they don’t have good recall as, even if your dog is friendly, you never know how the other dog is going to react.

If your dog were to attack or chase livestock, or isn’t ‘under close control’ (on a lead) at certain times of year or in certain areas in the countryside, you could face a fine plus compensation. If they think your dog is a threat to livestock, a farmer is legally allowed to stop them and this can include killing a dog that’s chasing or worrying farm animals. This is why it’s so important to keep your dog safe and under control at all times when walking in the countryside.

A dog barking or howling a lot can be considered a noise nuisance for your neighbours and other people around you. The odd bark shouldn’t be a problem, as the goal isn’t to stop dogs being dogs. However, your neighbours can complain to your local council if your dog is making excessive noise. Read our advice on dealing with unwanted behaviour if you’re having trouble with barking.

Remember that any boarding kennel must be licensed by the local council. As with breeders, you should check the license (and look for a five star rating in England) before picking a kennel to send your dog to.

If you spot a boarding kennel without a license, let your local council know as it means they won’t have been inspected to make sure they meet standards. 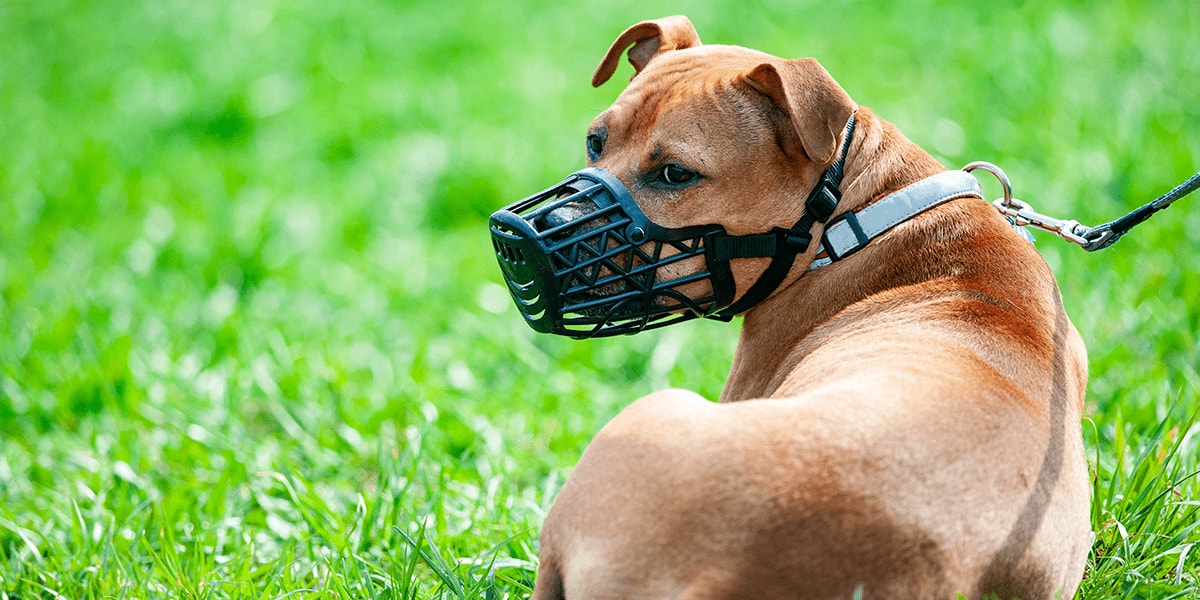 There are four breed types of dog which it’s illegal to keep in the UK:

It is illegal to own, breed, sell or rehome these types of dog without an exemption from a court. Whether a dog counts as an illegal breed type is based on what the dog looks like rather than the dog’s breed, parents’ breed or DNA testing. If they look enough like the breed type (or a cross of one of these breeds) then this means they will count.

If you are found to have one of these breed types, you can apply to the court for an exemption order. Your dog will then undergo a behavioural assessment to prove they are not a danger to society.

Dogs who are granted exemption must still be on a lead and muzzled in public at all times. You must also take out third party liability insurance for your pet. You still can’t breed, sell, gift, or let stray a dog with an exemption.

Unfortunately, if your dog is judged to be one of these breeds and fails their behaviour assessment they will be humanely destroyed. Any dog in a rehoming shelter judged to be a banned breed cannot legally be rehomed and will have to be destroyed too.

Getting your pet microchipped is the best way to make sure you can be reunited if they’re lost or stolen.

Neutering your pet can help prevent some really serious illnesses. Find out why our vets recommend it

Did you know it's far more effective to train your dog using reward-based methods? Check out our vets' tips on training your dog.