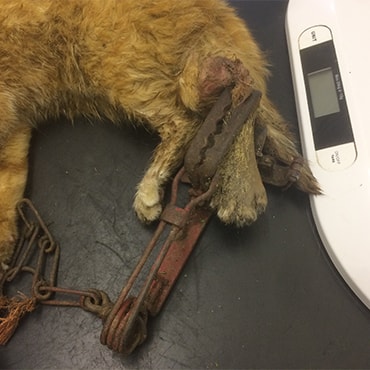 Where I live: Bures, Suffolk

I was treated by: Ardmore Vets, Sudbury

My humans are: The Harris family

Arthur had been missing for a few days; his owners were concerned so they were relieved when they heard him meowing from the bottom of the stairs one morning. But their relief quickly turned to horror: Arthur had a rusty old animal trap clamped to his mangled back leg.

Poor Arthur was in a terrible state and from the condition of the wound, the vet estimated the accident happened on the first night he’d gone missing. How Arthur had managed to drag himself home was a mystery – the trap was very heavy. His teeth and claws were also badly damaged, it looked like he’d chewed through the string that had secured the trap. He was so weak the vet worried that he wouldn’t survive. But he’d battled to get home to safety that they knew they had to give him a chance.

The vets removed the trap, but were unable to save Arthur’s leg so had no choice but to amputate. Following the operation, Arthur’s recovery was incredible. He was soon dashing about on three legs, and is now enjoying his outdoor adventures again – it hasn’t slowed him down at all! 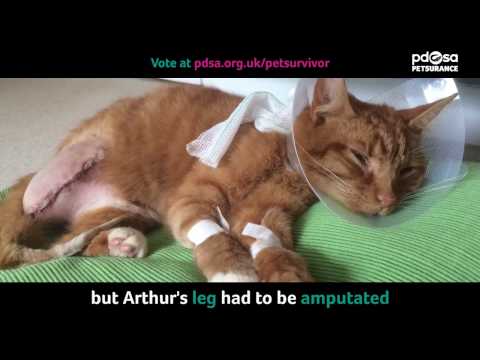