Types of worms in dogs

If you have a pet dog and live in the UK, it’s very important to be aware of lungworm. Lungworm can be deadly and is a risk to dogs across the UK. This article focuses on intestinal worms only.

How do dogs get worms?

Most dogs catch worms by:

Intestinal worms live in the guts, eat your pet’s food and damage the gut lining. They cause weight loss, excessive hunger and often, diarrhoea. Left untreated, worms can cause poor general health, gut bleeding and in severe cases: anaemia, gut blockages, intussusception, and occasionally death. Worms are most likely to cause serious illness in puppies, old dogs and poorly dogs.

Symptoms of worms in dogs

Worms often cause symptoms such as:

Treating worms in dogs is simple, a worming tablet (or spot on), is all that’s needed. It’s likely you’ll be able to buy a worming tablet without an appointment if your dog has been examined in the past few months (and you know their weight). If your dog hasn’t been seen in over six months, is unwell or has lost/gained a lot of weight, they will need to be seen by your vet before having a worming tablet prescribed.

It’s easy to prevent worms, just make sure you de-worm your dog as regularly as your vet suggests, this is usually every three months but can vary depending on which product you use and your dog’s lifestyle. If your dog has caught worms despite regular worming, you will need to talk to your vet about changing your worming regime.

There are many different worming products available for dogs (including tablets and spot-on treatments). Many of them have combined action against many different types of worms. Your vet will help you decide which is best for you and your dog, based on your dog’s lifestyle. Don’t forget to include lungworm protection in your dog’s worming routine.

Watch our video: ‘How to give your dog a tablet’. 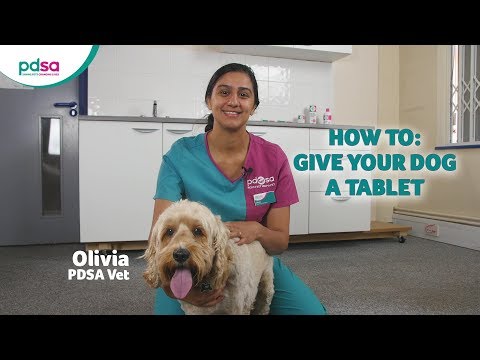 Home remedies for worms in dogs

To treat worms, you need to use a product with effective ingredients. Home remedies and over the counter products are unlikely to work.

Book an appointment with your vet if you think your dog has worms. It may help to bring a sample of their poo (or a photograph) to show your vet.

If your dog is healthy but hasn’t had a worming tablet for a while, contact your veterinary practice for advice.

How to collect a poo sample: 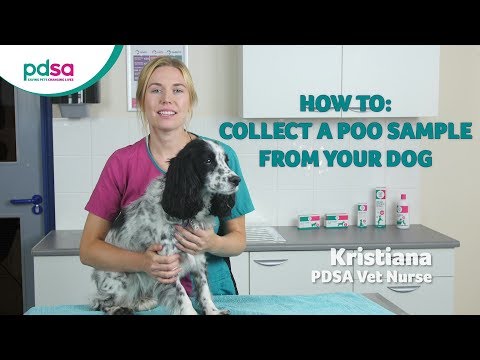 Once your dog has had a worming treatment, their outlook is excellent. Thanks to modern medicine, worm infections are simple to treat if they’ve not been left too long.

It’s very rare for humans to catch dog worms, but it does occasionally happen. It’s most common young children that have been playing in areas that dogs have pooed. Dog worms cause damage to humans by lodging in organs such as the liver, heart, brain and eyes. If you have small children it is extremely important to make sure your dog is regularly wormed with an effective product.

It’s very important to keep puppies free from worms, because left untreated, they can cause very serious illness. In large numbers, worms can cause gut blockages, intussusception (telescoped bowel), anaemia and even death.

How do puppies get worms?

Puppies can catch worms from their mother while they are in the womb, or after they have been born, through their mother’s milk. You can prevent your pregnant dog’s unborn puppies getting worms by worming her during pregnancy. Ask your vet for advice on this. Once a puppy starts going outside, they can catch worms in the same way that an adult dog can (from soil, poo, fleas and rodents).

Puppies need to be wormed from approximately 2 weeks old, every 2 weeks, until they are 16 weeks old. After that, they need worming as regularly as your vet suggests (likely to be every 3 months).

Symptoms of worms in puppies

Symptoms of worms in puppies include: