Vet Q&A: Why is my cat hunting?

Hunting is a natural instinct for cats. Even after thousands of years of domestication, dating back to the Ancient Egyptians, cats are natural hunters much like their wild relatives.

Why do cats hunt?

Hunting is natural behaviour for cats; before we brought them into our homes, they had to hunt for their food, just like big cats such as lions and tigers. Over the centuries, domestication has meant that most cats now get food from their humans. However, their brains are still hardwired to react to the sight and sound of prey, so hunting behaviours remain.

Cats learn the skills to hunt early on in their lives - it’s instinct for them. They learn through play with their littermates, practising behaviours like pouncing while playing and often by watching their mother hunt.

As they grow up, their urge to hunt continues to develop. Many owners will see their cats hunting or stalking and sometimes they might even bring you (usually unwanted) ‘presents’ of their prey.

How do I spot cat hunting behaviours?

One of the best ways to see your cat showing hunting behaviour is to watch them playing; you’ll often see two distinct stages of the hunt.

The first part is finding their target and catching it. You might notice your cat:

The second stage of the hunt is the ‘kill’ which will often involve:

Why does my cat bring mice and birds home?

There are a few theories about why cats bring their prey back home with them.

The first is that your cat has an instinct to bring prey back to a safe environment to guard it from other predators that may want to steal from them. Take it as a compliment, your cat feels safe and secure in the home you’ve made for them.

The second is that cats see us as part of their social group. Families and groups of cats will share the success of their hunt and try to teach hunting skills to the other cats.  Our pets often extend this to their humans.

Sometimes you may find your cat ‘playing’ with a live animal in the house and understandably many owners find this upsetting. Rest assured your cat is not doing this for entertainment. The hunting techniques that cats have developed aim to reduce the risk of bites, scratches or injures and this often involves batting or catching then releasing their prey. This can seem off putting to us as humans, but it is all part of natural hunting strategies for your cat.

Although these ‘presents’ might not be ones we appreciate, it’s important not to punish your cat. After all, they’re just following their natural instincts. If your cat brings you dead animals, dispose of them safely and hygienically as soon as possible to avoid your cat eating something that could give them a stomach upset. If they bring in a live animal try to safely remove the animal from the situation. If the animal is injured, you may need to get help from a wildlife charity or vet.  If they seem unharmed, you might want to re-release them back into the wild, just make sure you keep your cat inside for a while to give their prey a chance to get to a safe place.

Does my cat hunt because they're hungry? 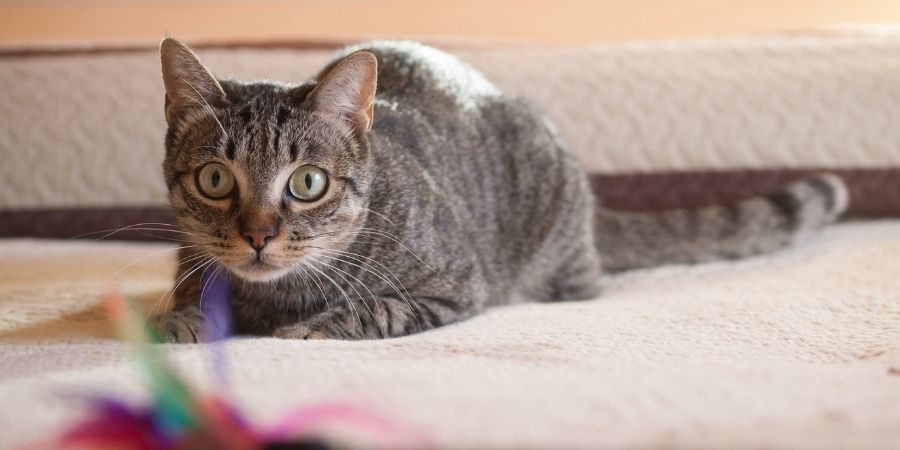 For cats, hunting and eating aren’t necessarily related. Many cats have an urge to carry out hunting behaviors even when they’ve just eaten, especially if a small prey animal scuttles or hops past them and triggers them to start a hunt.

However, if your cat is hungry they are more likely to be motivated to hunt, so a hungry cat may hunt more than one that’s well fed. Studies also show cats fed a high protein diet may be less likely to hunt.

Feeding your cat the appropriate amount of a good quality complete food will keep them healthy and happy and may reduce their urge to hunt.

How can I reduce the chances of my cat bring home animals and birds?

If your cat is a hunter, it’s unlikely you’ll be able to stop their behaviour completely. Trying to stop them from being able to hunt can be bad for their quality of life. For many cats, hunting and stalking prey is a really important part of their routine and helps keep their brains and bodies active.

Using collars with a bell aren’t often that effective at stopping your cat from hunting and they can cause problems or injuries for your cat.

However, there are ways you can channel your cat’s hunting instincts into play rather than prey. A recent study showed that daily playtime with their owners actually reduced the amount of prey that cats brought home. A few activities you can encourage are:

Many cats will have a preference for one particular type of prey species, this could be birds, mice or something completely different such as a frog. When it comes to toys and playing with your cat, the same rules will apply, so if one game isn’t working why not try a different approach. Find the purr-fect toy for your pet at our PDSA Pet Store. Make sure you let them catch the toy sometimes so they don’t get frustrated and try to stick to a few short session (15-20 minutes) spread throughout the day.

Cats that hunt or scavenge can be at higher risk of parasites and certain infections. It’s important to keep your cat up to date with their flea and worm treatments and monitor them for any signs of problems, for example vomiting, diarrhoea or losing weight. 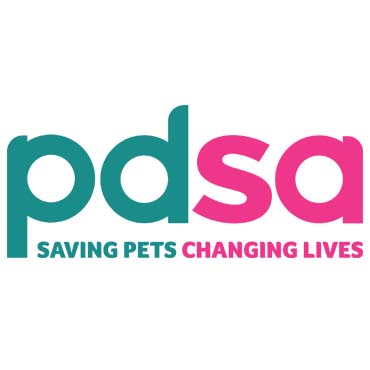 We've put together advice from our veterinary team across PDSA.
Share this article on:  PDSA Vets | 30 April
#VetQ&As

Is it illegal to leave a dog in a hot car?

Vet Q&A: Why is my cat hunting?

Vet Q&A: How can I care for my dog's skin allergy?