Five things owners should know before getting a flat-faced dog

I’d always wanted a dog. Partly because I’d grown up with cats who were adorable but not as affectionate as I’d hoped (my mum always said they are in their own way but it was definitely never obvious to me).

When I was finally able to get a dog, we set out with no particular breed in mind. We made sure we were ready to take on the commitment and could cope with an extra family member, and decided to go to our local rehoming centre.

A few weeks later, we came home with 10-year-old TJ – a foster dog, rather than fully adopted (he has medical problems, I’ll go into that later), and a Boxer. We hadn’t planned to get a flat-faced breed, but we went to the centre and told them about our lifestyle and home, and the staff matched us to the dog they thought would best suit our situation.

As first-time owners, any dog was going to be a lot to take on but being flat-faced (or brachycephalic, if you want the technical term) TJ came with a few extra problems. Don’t get me wrong, TJ is a fantastic dog and the centre matched his personality to us really well, but like any breed he has a few issues!

I’m lucky enough to work in an organisation full of fantastic vets and vet nurses who are always more than happy to offer advice, but for people who don’t, here are the things I think every owner should know before getting a flat-faced breed.

Say goodbye to the sun, because heat is not your friend 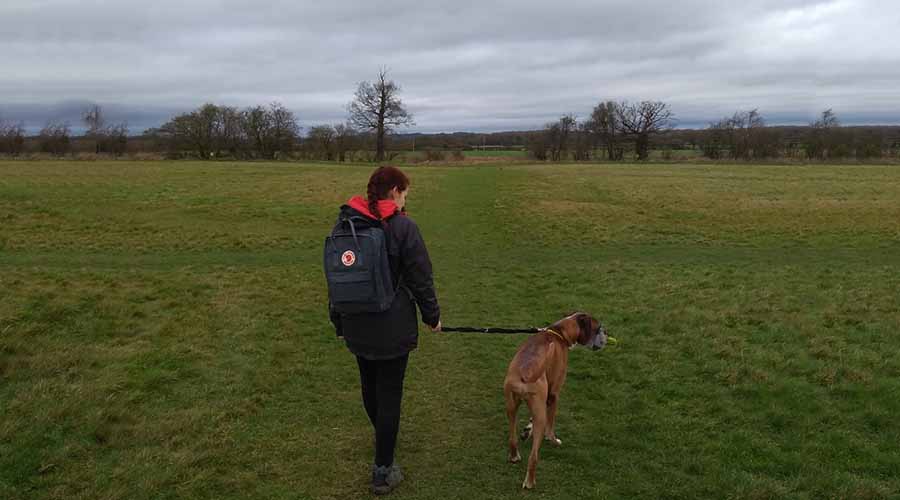 All dogs get hot – they’re covered in fur and can only sweat through their paws. But with flat-faced dogs, they overheat much faster. TJ only has to look at the sun and he’s panting! Because of their smooshy faces and narrow airways, it’s harder for them to breathe and therefore harder for them to cool down. So it may be time to wave goodbye to those long days at the beach and get used to early morning and late evening walks.

Wrinkles might seem cute but they do get infected 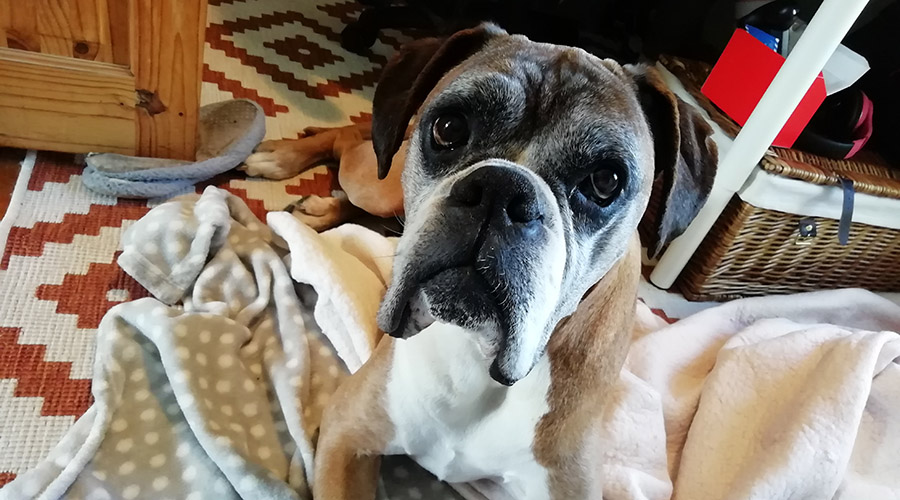 Flat-faced breeds are not low maintenance. At all. Yes, TJ is absolutely adorable and has eyes that see into my soul, but those wrinkles. Seriously. They need wiping every time he eats so no food gets stuck in them and a regular clean so no bacteria starts going nasty in there (if you’d like to know more, our vets have put together some helpful advice on skin fold dermatitis).

They usually come with other health problems 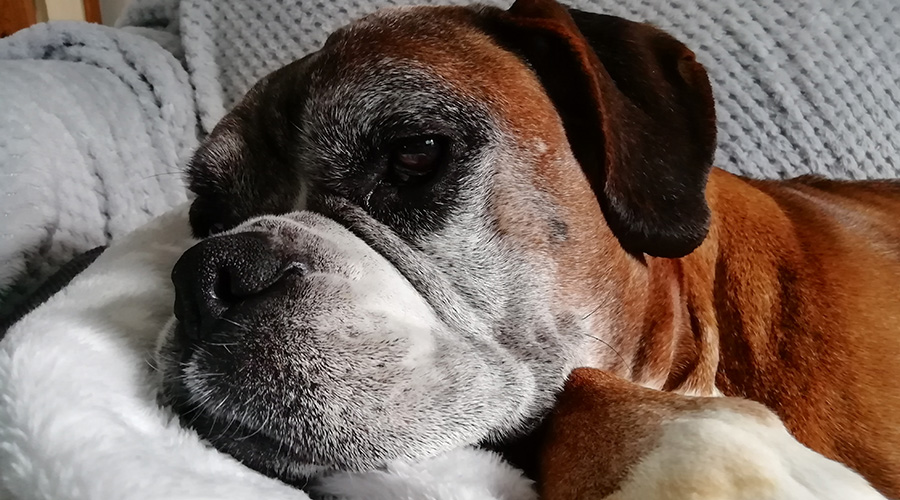 To be honest, this isn’t exclusive to flat-faced breeds. Every dog is likely to be predisposed to certain health conditions which is why it’s super important to research your chosen breed thoroughly first. In TJ’s case, he has Lymphoma (a type of cancer) and a heart condition, both of which are, sadly, common in Boxers which is why we foster rather than fully adopt him.

They often don’t know what’s best for themselves 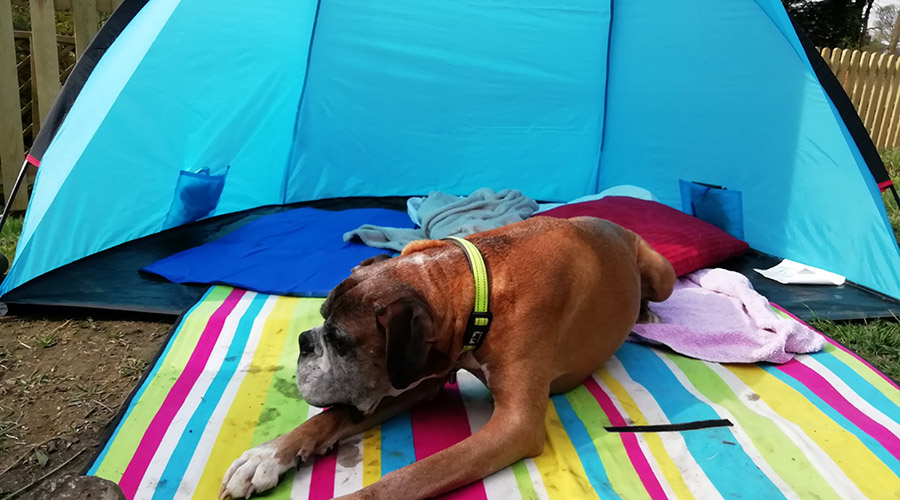 Again, this could easily be true of any dog, but TJ absolutely doesn’t know his limits despite not being able to cope with as much as other breeds. We have to be the ones to recognise when something is getting too much for him (whether that’s exercise or just being outside when it’s warmer). The first signs are usually heavy panting and struggling to keep up. He’s so determined to always be involved in what we’re doing that we often need to encourage him to take a rest, drink some water or go and sit on his cool mat. 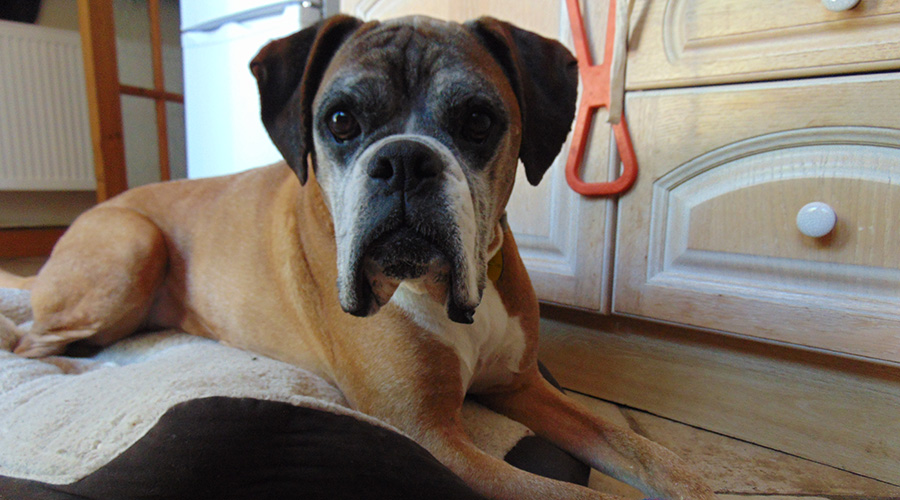 Because of their short noses and narrow airways, flat-faced dogs can be noisy in all aspects of life - for them, it feels like if we were to breathe through a straw. TJ can be a super quiet sleeper (minus the constant flatulence!) or he can randomly start snoring so loud I can hear him wherever I am in the house. Eating is also accompanied by large amounts of snorting because he often forgets to stop for air.

All in all, TJ is an absolutely wonderful dog, but I do wish he had a normal snout! If we weren’t fostering, his health problems would be really costly, so if you’re thinking of getting a flat-faced dog it’s vital that you do your research first. Always go for the dog that suits your lifestyle rather than picking one based on looks.

If you do want more information on flat-faced dogs, our vets have put together their advice to help you get started: 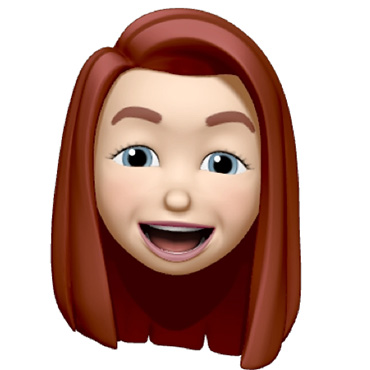 PDSA's own content whizz, Mair is here to bring fun and fluff to the blog. Recently adopted an older chap (TJ) and still learning the ropes of dog parenting.
Share this article on:  Mair | 5 June 2020
#Lifestyle