PDSA Scientific Officer and Canine Behaviourist, Rachel, has de-bunked some myths and provided some positive reinforcement tips of training your dog.

You might be familiar with training techniques that can punish or scare pets in an attempt to change their behaviour. However, these can leave our four-legged friends frightened and confused, which can lead to further unwanted behaviour.

Here’s some common dog training myths de-bunked and we explain how positive reinforcement (giving a reward) is one of the most powerful ways to change your dog’s behaviour for the better.

1. Myth: I need to teach my dog who's the boss or they won't respect me

This is definitely a myth. 'Showing your dog who's boss' or 'teaching your dog who's in charge' are examples of dominance training methods. Sadly, despite their popularity with some trainers and attention from the media and on TV shows, most of the time they do more harm than good.

There are some situations where dominance methods can appear to be successful. The trainer (or owner) frightens the dog to the point where they stop reacting normally which means they have learned that their responses are futile (known as “learned helplessness”).

The dog may also associate the owner with the scary technique they are using and become afraid of them. Not only that, but over time they can actually start reacting more to things or even become aggressive because they’re frightened and don’t know what else to do.

It’s much better to use positive, reward-based training techniques to teach your dog. These encourage them to enjoy learning, meaning they’re more likely to do the things you want in new situations, and will often make your dog happier.

They will also learn to trust you. By making sure you’re clear and consistent your dog will know what is expected from them and what they can expect from you. That way you can form a lasting bond with your dog. 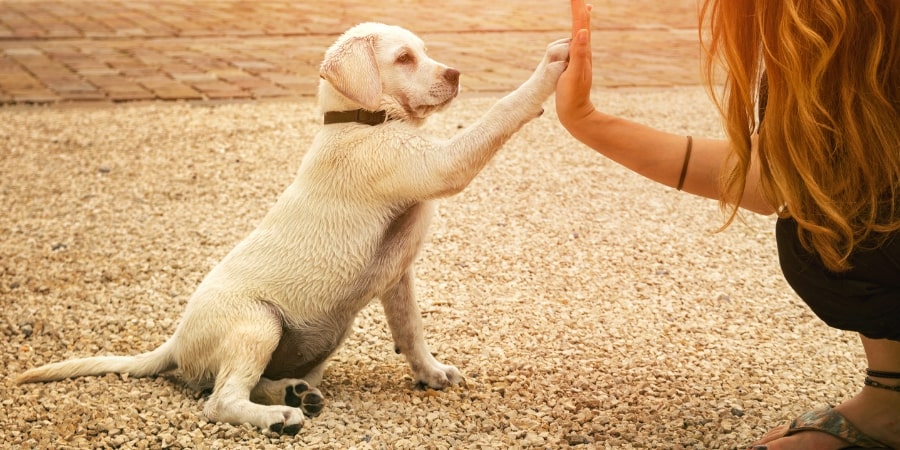 2. Myth: If I don't punish my dog they won't know how to behave

Different types of punishment may be used in dog training. But in this blog, we are using the word “punishment” to describe doing something unpleasant that your dog doesn’t like. This is definitely not the best way to train them.

Punishment is the exact opposite of reward-based training that has been proven to work best. When you punish your dog, they will often become nervous or stressed which will damage your bond with them. Not only that but they don’t help your dog understand and learn how you want them to behave. This can even mean that your dog’s behaviour becomes worse. Imagine being shouted at when you don’t know what you’ve done wrong and no one will explain the problem - it would leave you feeling confused and upset without knowing how to avoid repeating the same mistake.

There are lots of different examples of punishments for dogs. There are the obvious ones such as shouting at your dog, pushing them down or rubbing your dog’s face in their poo, but many owners don’t realise that water sprays, rattle cans and noise, vibrate or citronella collars are also examples of punishments. Although these methods can supress the behaviour you don’t want, they don’t address the reason why your dog is doing it, and can lead to your dog becoming sad and frightened.

There are some times where it may be impossible to completely avoid using an unpleasant method or other form of punishment. For example, a dog may love spending time in the kitchen, but if there is something dangerous such as a hot stove, we may need to block access to the kitchen for their safety, which they don’t like.

However, we can pair these with positive and reward-based training techniques such as giving treats when your dog stays where you want them to be. This will make them more confident, happier and more likely to behave the way you want. 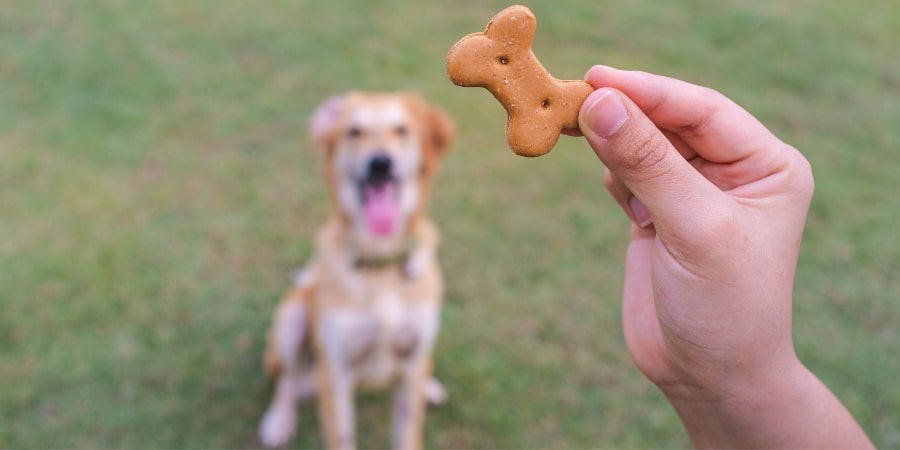 3. Myth: Using a rattle can is the best way to stop my dog barking

Rattle cans are actually an example of a punishment for your dog, so using one isn’t the best way to stop your dog barking. You may find that the noise will be loud and scary enough to stop them barking. But this can make them stressed and anxious about the noise, so the next time they hear it, they bark even more. In extreme cases, rattle cans can lead to noise phobias later in life.

An alternative response can be that the noise doesn’t really bother them, so after a couple of times they’ll stop paying attention to it at all and keep barking.

If your dog is barking, it’s much better to try to find the reason why and address the motivation for barking, we can then use reward based methods to teach them not to bark.

If you want to know more or you’re not sure how to help your dog stop barking, why not read our blog about why dogs bark. 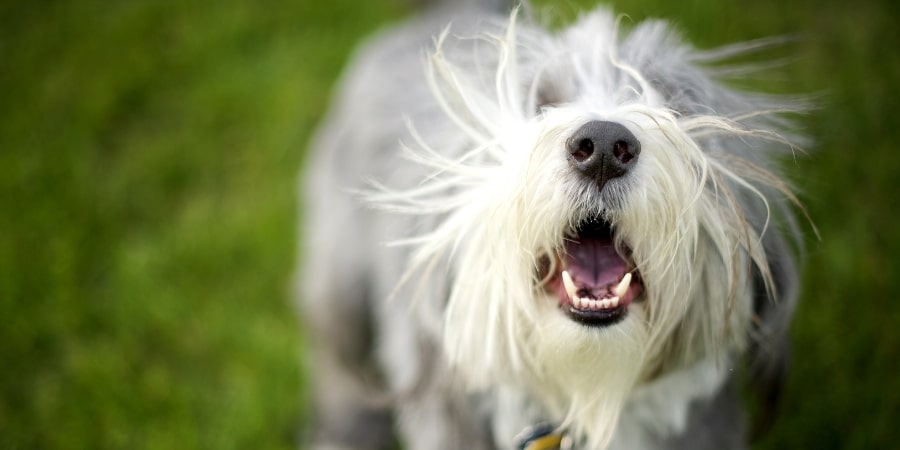 4. Myth: If my dog is scared of something, they just need to learn it won't hurt them

Some people believe that dogs with fears or phobias will learn they don’t need to be afraid if they are forced to confront their fear. This is known as flooding, and can be confused with a positive technique called desensitisation and counter conditioning.

Flooding forces the dog directly into the scary situation at a high level (for example being right next to the thing that they find frightening) without being able to get away or react (for example being muzzled or held tightly on a lead). This is very frightening and causes a lot of stress for the dog. Exposing them to the stressful thing on its own isn’t enough for them to learn not to be afraid.

Just think about humans with a fear of spiders, if you keep dropping spiders into their hands, they’re not likely to become less scared, they’re likely to stop wanting to talk to you! In many cases, flooding leads to an increase in your dog’s fear resulting in worse behaviour over time, or they become so frightened they shut down and become withdrawn.

Desensitisation and counter conditioning aim to teach your dog not to be frightened. The desensitisation part involves showing them the thing they’re scared of at such a low level they barely notice it, for example a very quiet noise or a dog that’s far away. At the same time, your dog gets a reward (counter conditioning) like a treat, toy and lots of praise, so your dog starts to associate the scary thing with something nice, which helps them learn not to be afraid. The key part is that your dog shouldn’t become distressed. Unlike with flooding, if they get upset or start reacting it’s really important to stop as it shows that you’re moving too fast for them.

If your dog has a behaviour problem or phobia, certified behaviourists and trainers will be able to design a plan to help your dog learn in a positive way, leading to a happier life for you both. 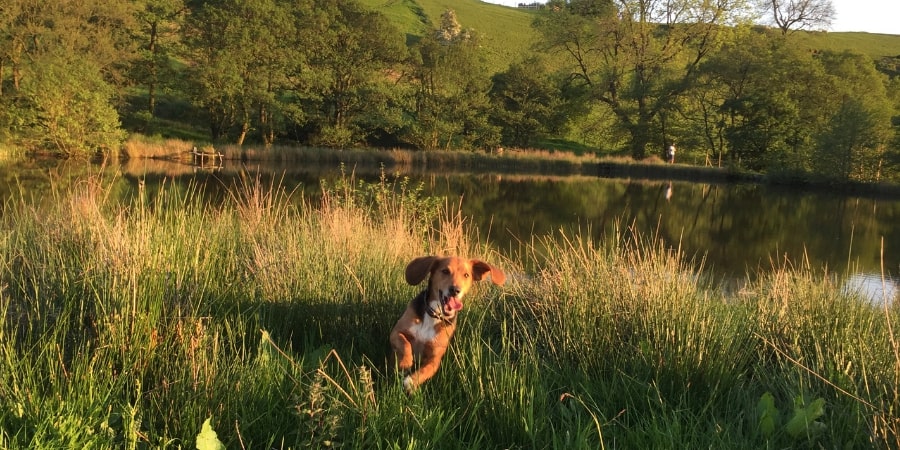 5. Myth: My dog doesn't like treats so I can't train them

This is a really common myth. It can be a bit tricky to know where to start if your dog doesn’t really like food or treats. But you can still train your dog even if they’re not a foodie. Many dogs really enjoy learning - in a lot of cases your dog will enjoy their food more during a training session, where they see it as a reward, than they do at meal times.

Dogs need to eat to survive, so they have to be motivated by food. If a dog is not interested in food, something could be making them feel too stressed or uncomfortable to eat, and this is not an ideal situation for learning! Before any training sessions, make sure your dog is relaxed and comfortable and address any fears and anxieties they might have first.

Then think about the type of treats you’re using - your dog needs payment to work hard! All dogs have different preferences, but small pieces of cooked chicken, sausages, or smelly food they don’t get often are likely to be enticing enough. Try a few things and see what they love best. The important thing is that it’s something your dog loves more than the exciting world around them. After all, if you found a piece of chocolate and someone told you not to eat it, you’d be more likely to listen if they offered you a cake in return! And remember to account for the treats your dog has eaten with their daily meals. No one wants a well-trained but overweight dog.

But your dog’s ‘treat’ doesn’t have to be food at all, it just has to be something rewarding to them. Some dogs may prefer a toy or game, especially if it’s a special toy that they only have during training. This could be a new squeaky toy, throwing a ball for them or a tug toy game.

Other dogs will prefer praise, hugs and attention. In fact, most dogs prefer a combination of lots of different rewards so why not try them all and see which work best for your pooch? 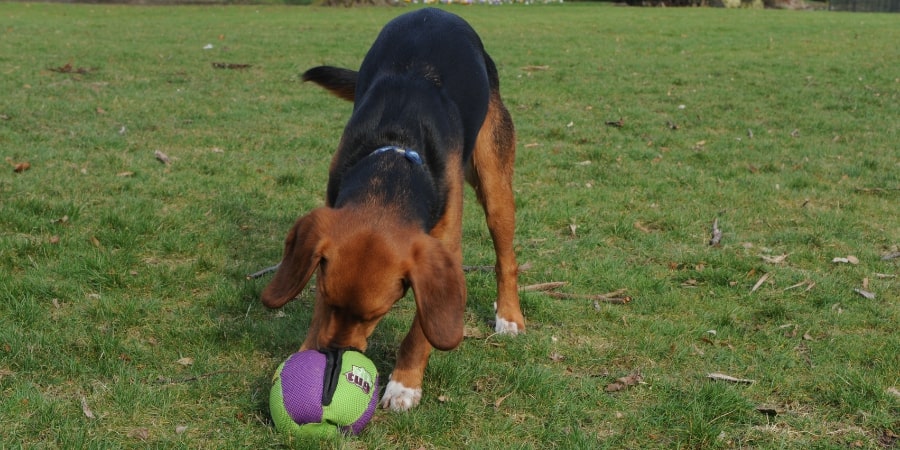 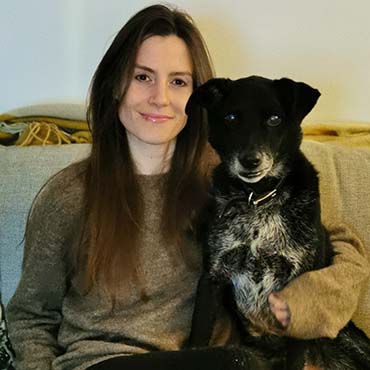 Rachel is the Scientific Officer at the PDSA. She is also a certified canine behaviourist and candidate member of the Fellowship of Animal Behaviour Clinicians (FABC).
Share this article on:  Rachel | 22 March
#Training/behaviour

How to prevent dog theft

Vet Q&A: What should I do if my dog eats chocolate this Easter

The most unusual PDSA Medal recipients of all time