The most unusual PDSA Medal recipients of all time

It’s been almost ten years since we awarded Dotty the donkey the PDSA Certificate for Animal Bravery. To mark the milestone date, we’re revisiting Dotty’s incredible story and looking back at some of the most unusual PDSA Medal recipients of all time.

Since the inception of our PDSA Animal Awards programme in 1943, we’ve had the privilege of recognising amazing animals of all shapes and sizes for their incredible bravery and devotion to duty.

We have three globally recognised Medals - the PDSA Dickin Medal, PDSA Gold Medal and PDSA Order of Merit, as well as a Commendation for devotion.

Over the years, we’ve honoured all kinds of animals - from life-saving donkeys to courageous cats. Here are some of our most unusual recipients:

In April 2011, Dotty the donkey was awarded the PDSA Certificate for Animal Bravery for saving her friend, Stanley the sheep.

Dotty came to the aid of her friend Stanley in their shared paddock when a dog went to attack him. When she saw Stanley in distress, she charged down the field and pinned the dog to the ground until it let go of the five-year-old sheep.

Dotty showed herself to be a true protector of the animals she sees as her family. Her bravery saved Stanley from further harm and potentially death. 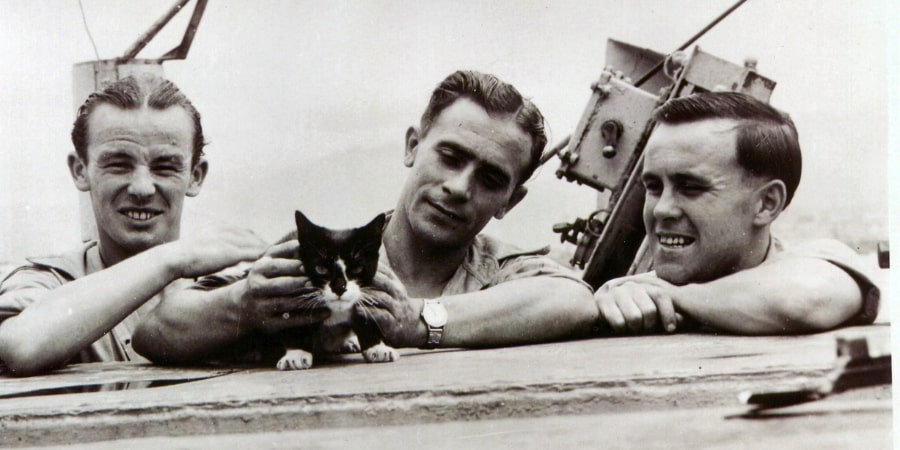 In the summer of 1949 during the Chinese Civil War, HMS Amethyst came under fire while cruising along the Yangtze river. The ship’s captain died and many others were injured, including the ship’s cat, Simon.

HMS Amethyst received more than fifty direct hits and the ship and the crew members left on board ended up stranded in mid-river for almost ten weeks.

Hot, humid conditions were the perfect breeding ground for a rat infestation. The already limited food supplies were in danger of being completely destroyed. Despite shrapnel wounds to his legs and burns to his back and face, Simon hunted the rats down.

The rats were big and fierce and had even attacked crew members. But this didn’t stop Simon. One particularly vicious rat, nicknamed Moa Tse-tung, carried out repeated attacks on the food supplies. When Simon killed it, the crew were so impressed they promoted Simon to ‘Able Seaman’.

As the weeks went by, Simon continued protecting supplies and lifting his injured shipmates’ morale. In 1949 Simon was awarded the PDSA Dickin Medal for ‘behaviour of the highest order’. He is only cat to ever receive the honour. 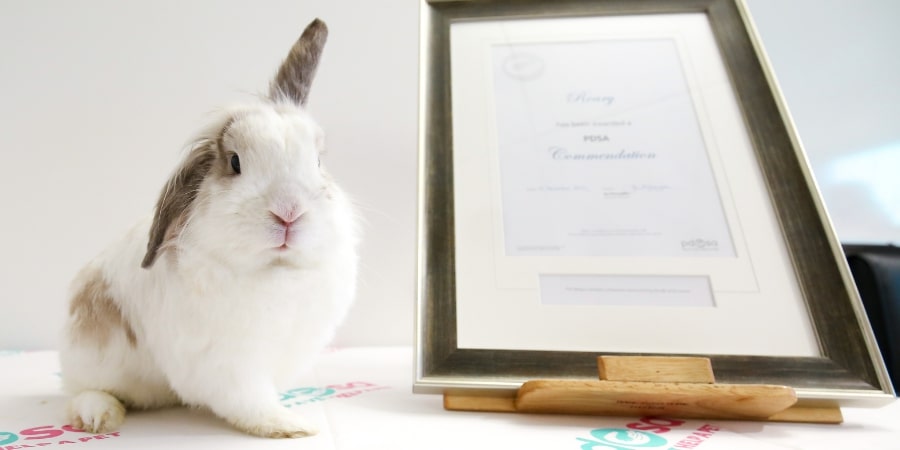 Roary the rabbit was awarded a PDSA Commendation in 2016 for supporting his eighteen-year-old owner Ellie through a family bereavement, issues at school and her battle with anorexia.

Ellie sadly lost her granddad. She was also having problems at school and was struggling to cope. She became unwell with an eating disorder, anorexia, and come out of school. She was getting professional help for her illness, but still felt there was something missing in her life.

Ellie’s mum Joanne got two rabbits, Roary and Tiger, in the hope that having responsibility for their care would help her daughter to get better. Sadly Tiger died in 2012.

While she was out of school, Ellie spent every day with Roary and Tiger. They helped to ease the pain and she slowly began to feel like herself again. Roary in particular changed her life through his companionship. 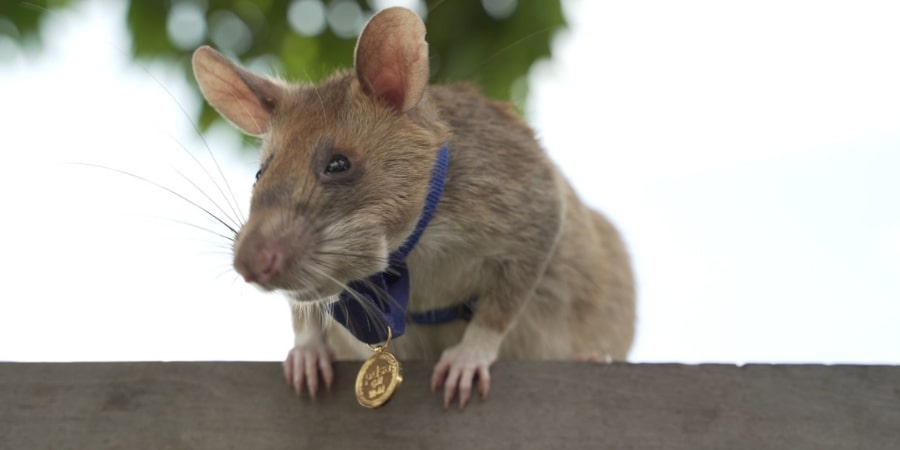 Landmine detection rat Magawa received the PDSA Gold Medal in 2020 for his life-saving work in Cambodia.

A charity called APOPO have been training rats to detect landmines since the early 1990s. Even today, it’s estimated that there are still 80 million landmines around the world which are lying active and unknown.

Magawa’s official job title is HeroRAT. On a daily basis, Magawa’s work has a direct impact on the people in the communities in which he works. For every landmine or unexploded remnant he finds, he eradicates the risk of death or serious injury in locations already suffering significant hardship.

Before receiving his medal, Magawa had discovered 39 landmines and 28 items of unexploded ordnance, making him APOPO’s most successful HeroRAT and a more than worthy candidate for the PDSA Gold Medal.

During his career he has helped clear over 141,000 square metres of land (the equivalent of twenty football pitches), making it safe for local people.